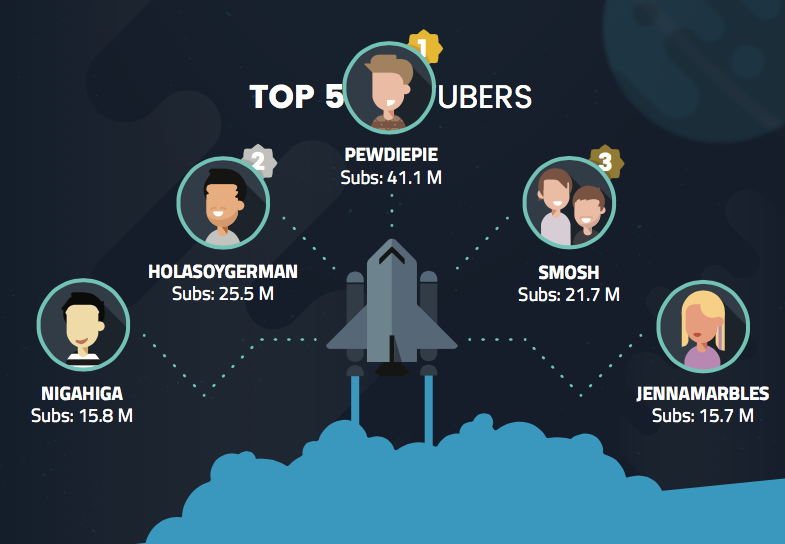 Divimove has released an array of statistics about the top-performing channels and talent on YouTube.

The FremantleMedia-backed MCN said it was a ‘pet annoyance’ that YouTube stats are thin on the ground, or out of date, so it was releasing its own research, based on tracking 1.5 million YouTube channels.

The Germany-based firm said that, across these channels, 32 million videos were available and there were 2.9 trillion views in 2015.

In terms of the YouTubers and channels with the most subs, Pewdiepie came out top, ahead of Holasoygerman in second. Smosh was ranked third, ahead of Nigahiga and Jennamarbles respectively.

The PlayStation YouTube channel was second, with 3.9 million subs and 324 million views through the year. It added 1.2 million subs.