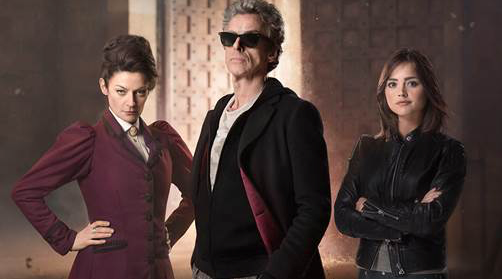 The deal mean the show will transfer from BBC Worldwide’s own channels in the region to Syfy.

The agreement kicks in next year with a re-run of season eight of the show before exclusive premiere of season nine in the region. Other earlier seasons will also run on Syfy through the year.

“More than 50 years and eight seasons on BBC’s own networks in Latin America helped Doctor Who develop a loyal following within the region, where the series has an exceptional number of fervent fans,” said Anna Gordon, executive VP and managing director of BBC Worldwide Latin America/US Hispanic.

“Our partnership with Syfy reintroduces one of our company’s most acclaimed shows to Latin America and brings it closer to dedicated science fiction and fantasy fans.”

Klaudia Bermudez-Key, senior VP and general manager at NBCUniversal Networks International, Latin America said: “The series is a perfect addition to the rich content found in Syfy, which appeals to general audiences across the region.”

Doctor Who, is one of BBC Worldwide’s best-selling programmes. The transfer from a Worldwide-owned channel to a commercial cable net in Lat-Am follows a similar pattern to India where FX picked it up after it had been on the BBC Entertainment channel.