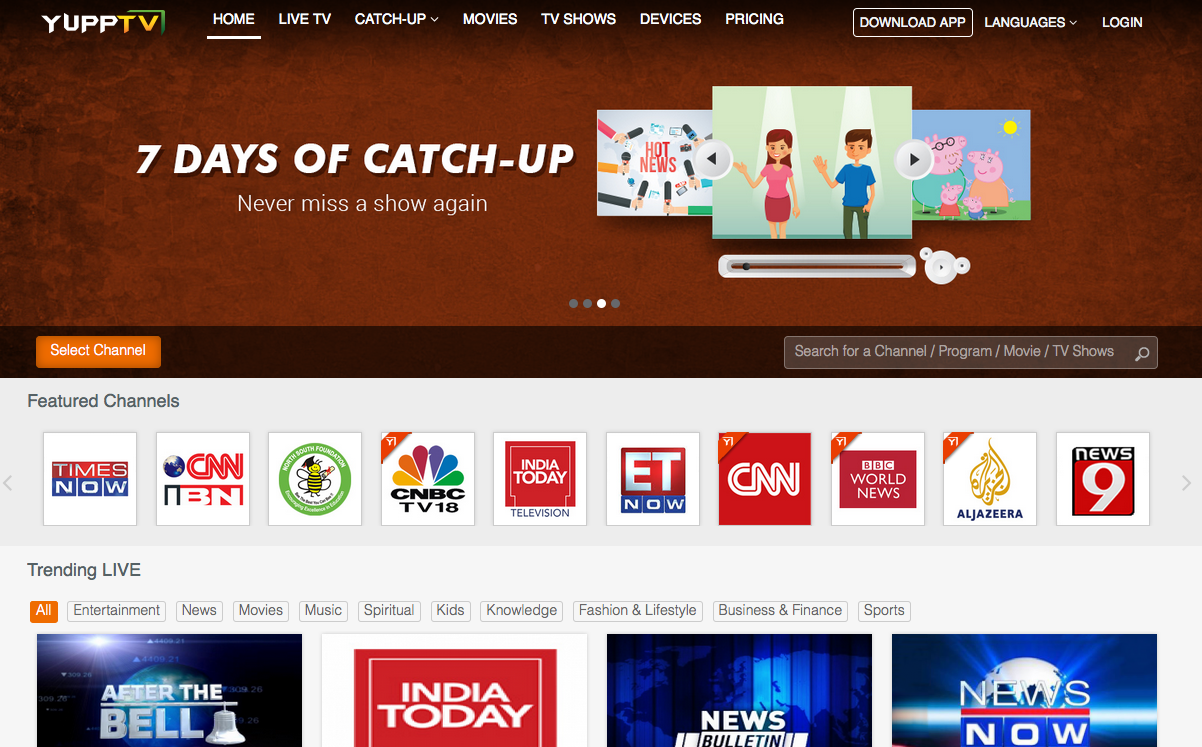 Internet television YuppTV has launched a streaming service in India, a move that comes ahead of Netflix’s reported launch in the giant Asian territory next year.

The YuppTV service went live this month, offering more than 200 channels in 12 languages, and significantly for India, a seven-day catch-up tool.

It is the second major on-demand platform to launch in India this year, following the US studios-backed Hooq. SVOD giant Netflix, meanwhile, has long been linked with an Indian launch, with rumours heightened after it confirmed a raft of launches elsewhere in the Asian region.

Viewers will also be able to pause and rewind live TV for up to two hours, and can use a ‘Start Over’ feature to begin live programming again if they are late to its linear scheduling.

There will also be more than 5,000 movies and TV shows available on-demand. YuppTV, which is US-based, claims it has more than 25,000 hours of content in its library.

“Our vision is to liberate entertainment, to make TV accessible to all, with a rich video viewing experience,” said Uday Reddy, founder and CEO of YuppTV. We are breaking stereotypes, disrupting the market with OTT technology, providing easy access to unlimited content over public internet.”

“YuppTV service will be a one-stop shop for all entertainment. A new way to TV is here and it will revolutionise the way television is watched by giving the control to the user to watch TV at his convenience.”