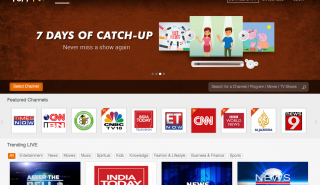 Internet television YuppTV has launched a streaming service in India, a move that comes ahead of Netflix’s reported launch in the giant Asian territory next year. The YuppTV service went live this month, offering more than 200 channels in 12 languages, and significantly for India, a seven-day catch-up tool. It is the second major on-demand […]