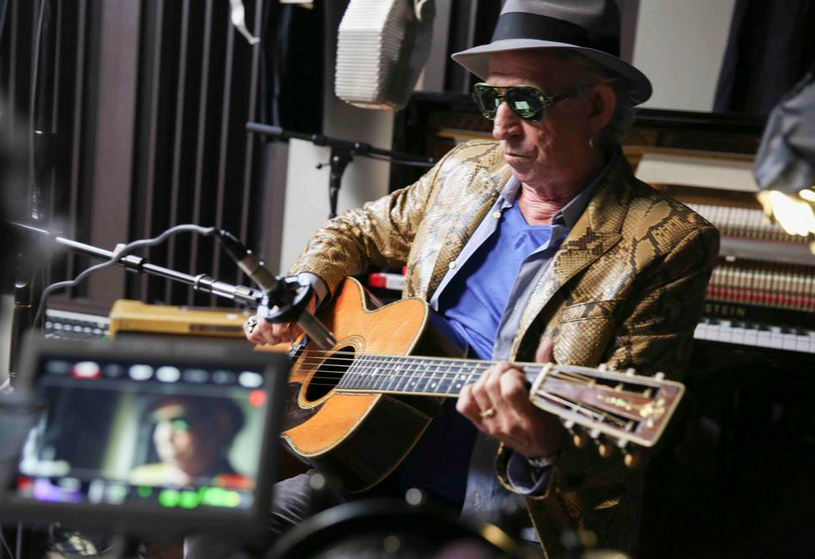 Keith Richards: Under the Influence will debut on Netflix on September 18. The doc visits the places and people that influenced Richards’ life as a musician.

“There’s no-one who could bring this unprecedented look into the musical influences of Keith Richards to life as distinctively as Morgan Neville,” said Lisa Nishimura, Netflix’s VP of original documentary programming. “Our viewers around the world are going to love the rare moments he has captured.”

Filmmaker Neville is also behind 2014 Academy Award-winning doc Twenty Feet From Stardom. He produces Under the Influence along with Justin Wilkes (What Happened Miss Simone?) and Jane Rose (Crossfire Hurricane).

Netflix’s original documentary strategy has seen it debut the likes of Virunga and Tig.

In further Netflix news, Netflix has cancelled Lilyhammer, which was its first original programme back in 2012. The Steve Van Zandt-starrer may still live on, however, with Norwegian broadcaster NRK, producer Rubicon and van Zandt himself said to be looking at a fourth season.

The Los Gatos-based firm has renewed adult animation comedy Bojack Horseman for a third season, named its Aziz Ansari laugher Master of None and handed the show a November 6 premiere date.

Longmire, the A&E cop drama Netflix revived last year, will debut in the US, Canada and New Zealand on September 6, while a batch of comedy stand-up specials have been given airdates.

Demetri Martin Live (At the Time) debuts on August 14, Anjelah Johnson: Not Fancy on October 2, Anthony Jeselnik: Thoughts and Prayers goes on October 16, John Mulaney: The Comeback Kid on November 13, Brent Morin on December 1 and Mike Epps: After Dark on December 18.