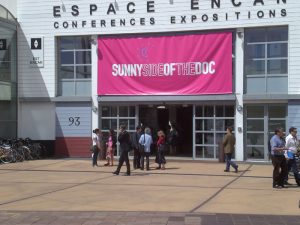 A new US research and development fund for national and international coproductions is to offer doc makers a new source of finance.

Illinois Public Media has established the Research & Development Fund, and announced the project to the global documentary community in La Rochelle, France for Sunny Side of the Doc yesterday.

This will accept pitches from anywhere in the world, and the plan is to award up to 30 grants of varying sizes over the next 30 months. A public submission period opens on August 15 via IPM’s website.

Concurrently, IPM has created a production centre that will both create proposals for documentaries based on research from the University of Illinois, as well as helping international doc producers locate US funding and distribution for projects.

This comes soon after PBS doc production veteran John Lindsay joined IPM, which is a public service organisation affiliated to the public broadcaster and its radio sister, NPR. He will be the National/International Production Center’s director.

“We see ourselves as a global production centre and we’re interested in working with the best and brightest media professionals in the world on all topics, but primarily projects associated with science, engineering, supercomputing and agriculture,” said Lindsay.

“This new initiative will push the boundaries of visual storytelling with the purpose of illuminating science, technology, and the world of discovery,” added IPM CEO Maurice ‘Moss’ Bresnahan.

Tags: Sunnyside of the Doc