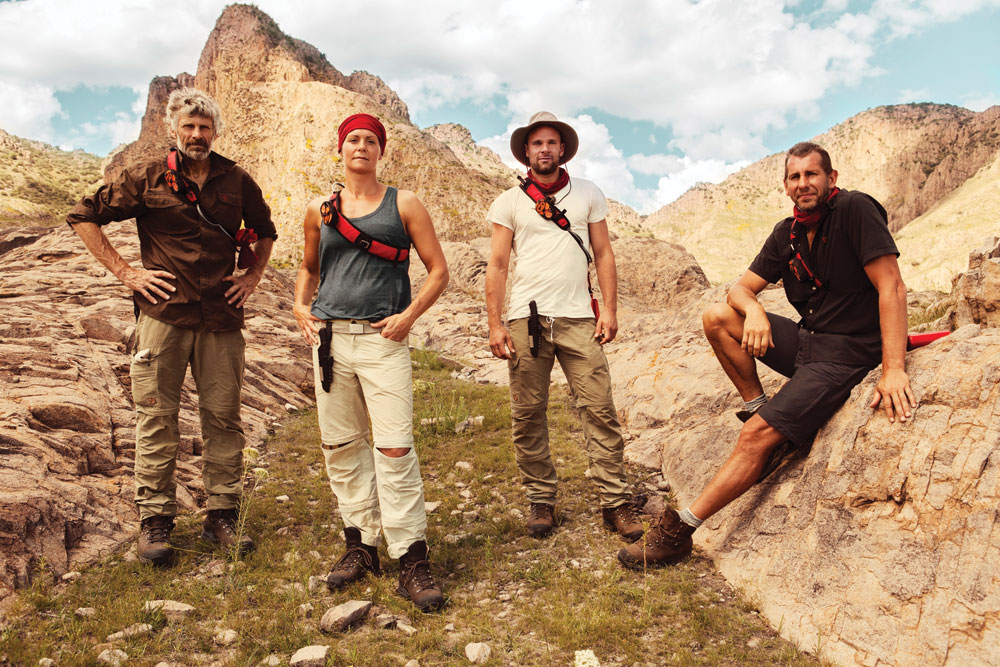 The helicopter crash has killed ten people filming TF1 series Dropped happened when one aircraft “unexpectedly deviated from its course”.

Zodiak Media, parent of Dropped producer Adventure Line Productions, said it had received the information following the crash in Argentina on Monday.

“The information we have to date is that the accident occurred during transportation by helicopter carrying members of cast and crew to the shooting location,” a statement read.

“A few minutes after take-off, around 5pm on Monday, while the two helicopters were flying in parallel lines, one of them unexpectedly deviated from its course and collided with the other.”

Amateur video footage appearing to confirm this account has emerged on the internet in the past 24 hours.

The first helicopter had been filming the second, which was carrying cast – Florence Arthaud, Camille Muffat and Alexis Vastine and five ALP technical crew members. They all died in the crash, along with Argentine pilots Juan Carlos Castillo and Roberto Abate.

A preliminary enquiry has been opened, as per official French procedure following air crashes involving its citizens. Zodiak noted its producerds were “fully cooperating” with the air transportation police investigating the incident.

“Across the entire Zodiak Media group we are incredibly saddened by this tragedy and our thoughts are with everyone involved and their families at this time following the terrible helicopter crash on the ALP production of Dropped in Argentina,” said Zodiak in a statement.