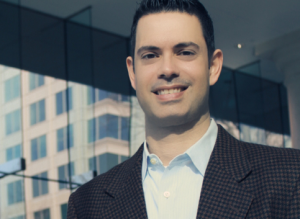 Pons (pictured) joins from cable company US-based Cox Communications, where he was general manager, business development. He was also worked at The Weather Channel and Univision Communications.

At Ovation he will report to EVP, content distribution Brad Samuels. Pons’ role will see him manage network relationships with the likes of DirecTV, Dish Network and AT&T Uverse. He will also develop strategies for maximising distribution and revenues relating to SD, HD, VOD and TV Everywhere platforms.

“Mike’s extensive experience in business development and strategic partnerships is critical to our success as we continue to expand our footprint and range of distributor partnerships in the future,” said Samuels.

Woodward, meanwhile, is upped little over a year after he joined Ovation. During that time he has overseen the development and production of shows such as The Art of…, The Fashion Fund and Song By Song.

“In the last 14 months, Scott has made developing, producing and programming highly rated original content a top priority for this network,” said Charles Segars, CEO, Ovation. “By combining creative and strategic thinking, he’s infused a new energy into our programming department and created a model for success that has our arts-focused network on an upward trajectory for ratings and brand awareness.”