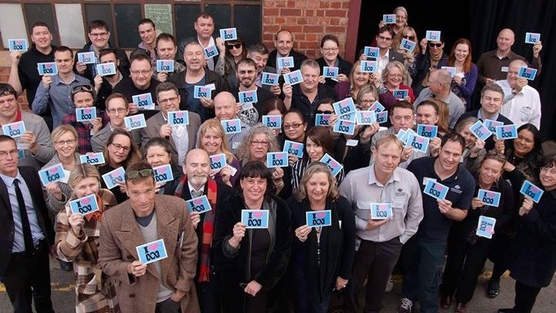 An Australian media union has accused the country’s pubcaster, the ABC, of covertly planning to more than double planned cuts.

The Media, Entertainment & Arts Alliance, which represents Australian journalists, has reiterated claims the on going Lewis Report into costing-cutting at public TV services is on the verge of recommending cuts of more than A$100 million (US$93 million) a year-on-year.

This figure, which ABC staff also referred to in an open letter to management, “dramatically” exceeds proposed cuts of A$120 million over four years that were outlined in the Federal Government’s budget in April.

The proposed savings figure did not include a 1% reduction in the announced annual appropriation, not the A$88 million that is to be saved by closing the Asia Pacific News Centre, and these two factors alone take the total beyond A$130 million in the next year, the MEAA said.

The claims came as ABC staff’s open letter to ABC management that claimed it was acting in secrecy over the cuts. “A plan constructed in secret and imposed as a fait accompli can only be destructive,” the letter claimed.

The letter was in part in response to a speech the ABC’s managing director Mark Scott made earlier this month, in which the letter claims he had indicated the ABC would be restructured on audience demographic objectives and by reallocating resources.

“We, the undersigned, express our grave concern at the ABC’s conduct through its secret consideration of a radical transformation of ABC operations in a pre-emptive response to government funding cuts,” the staff letter continued.

“ABC programme makers are ready, willing and able to play a constructive role in shaping the ABC’s future.”

MEAA federal secretary Christopher Warren said the “severe” cuts outlined in the Lewis Report “would have a direct impact on vital, unique services that only the ABC can provide. We would likely see a reduction in the number of foreign bureaus and a distinct drop in the ABC’s rural and regional footprint”.

The ABC couldn’t be reached for comment, but a spokesman for MD Scott told The Guardian newspaper it would be “unwise to speculate” seeing as the ultimate figure had not yet been indicated.