Swedish free and pay TV broadcaster TV4 Group has promoted director of programmes for general TV Åsa Sjöberg (pictured) to director of content for the group, with overall responsibility for programming in all channels and across all platforms. 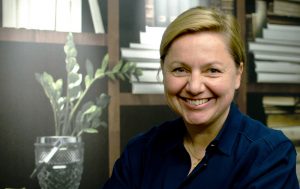 Sjöberg’s appointment, effective from October 1, will kick off a wider reorganisation of TV4’s content department, which will now be organised in five departments.

Catherine Wiernik will lead the acquisitions and formats unit, while the head of a new drama department has still to be appointed, along with the holder of an entirely new head of digital programmes post. The digital role will cut across the five different content departments and will be charged with driving digital transformation across all programming genres.

Sjöberg has worked for TV4 since 1999, initially as commissioning editor and executive producer in the programming department, before taking over as head of commissioning in 2005. In her new role she replaces Johan Kleberg, who is leaving the group.

“Åsa Sjöberg combines a strong journalistic focus with broad experience and knowledge of television production. She is now being entrusted with the further development of TV4’s unique position, and utilising the power of this to continue to drive the digital transformation, to secure the necessary rights for all platforms and to continue to build the digital content that will ensure TV4 remains relevant to all of the country’s viewers,” said Casten Almqvist, CEO TV4 Group.