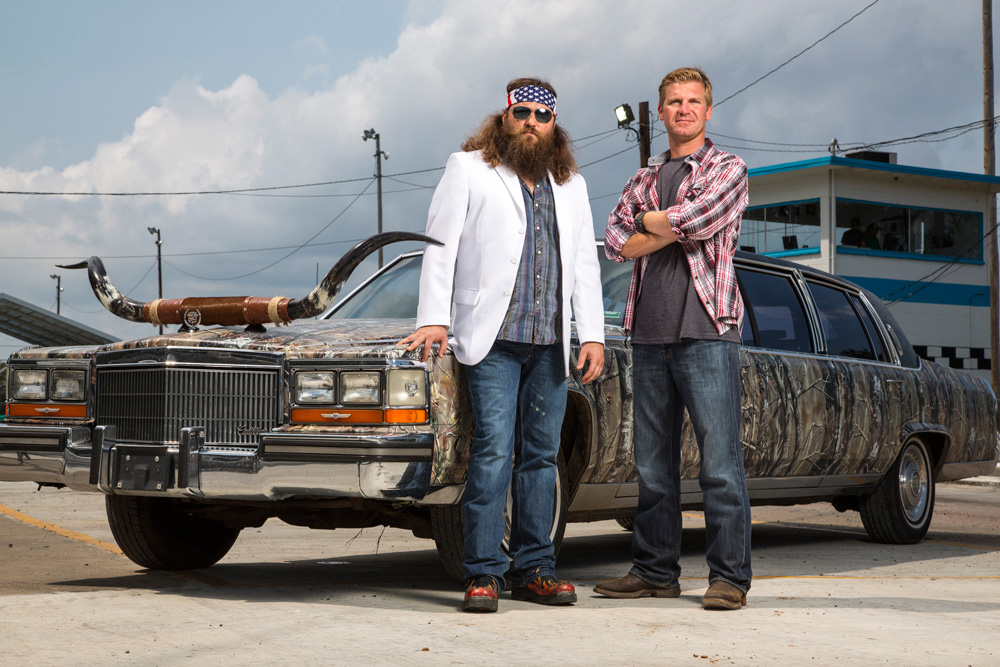 The company was “created to deliver a higher level of audience engagement, new entertainment properties and stronger value for brands”, its founder have said.

It will comprise four divisions: collective, which will be comprised of top-viewed YouTube personalities and their fanbases; an IP development studio operating in live-action, animation, licensed products and games; a marketing and brand agency; and a production division.

The elder Stepleton will helm the production division, which will be called Pickaxe. This will focus on developing and producing videos in live-action, non-scripted, animation and other genres for 13-34 year-olds.

Stepleton was a co-executive producer on A&E’s record-breaking reality show Duck Dynasty (pictured), and also worked on Billy the Exterminator.

Content from Pickaxe will target digital and cable platforms. Its first project is a live-action short film based on game app Zombie Killer Squad, which 3BlackDot execs developed.

“We’re building influencer-driven properties into massive franchises and Zombie Killer Squad is just the beginning for us,” said Luke Stepleton

“3BlackDot is launching with the industry’s most talented professionals in entertainment content creation, game development and brand integrations,” said Angelo Pullen, who was a co-founder and divisional head of Machinima along with the younger Stepleton.

“Our goal is simple: to deliver audience engagement, entertainment properties and brand value that harnesses the power of Influencer communities.”

3BlackDot will be based in LA.