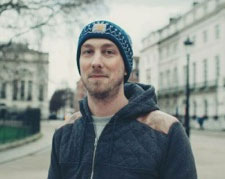 Oli Hyatt, the cofounder of UK animation studio Blue Zoo, has been awarded an MBE in the British honours.

Hyatt was one of the driving forces behind the lobbying effort for a tax relief scheme for UK animation, which was introduced in 2012. He established the Animation UK group and published the Saving UK Animation report, working with industry and government officials.

With the tax relief scheme in place the UK animation sector has doubled in size country-wide and trebled in London.

Hyatt said: “It’s a great honor to awarded an MBE, but in reality its an award for the whole industry, everyone that helped the campaign, and all the hard working industry professionals who have collectively contributed to this positive development within the industry.”

The campaigner and industry figure is now supporting an effort to extend the tax cuts to children’s live-action programming and calling on UK pubcaster the BBC to review its financial commitment to children’s programming.

“I am concerned about the constant reduction in budget and marginalisation of children’s programming on the BBC to the extent that it doesn’t properly represent the needs of those most culturally, developmentally and socially malleable in our society,” Hyatt said.