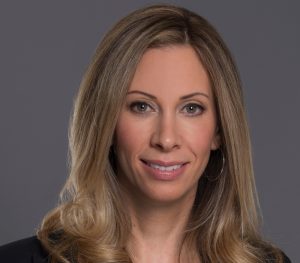 Banijay Studios North America division has poached Caroline Baumgard from Endemol and she will serve as chief creative officer of the Banijay’s Group’s fledgling US division.

The new unit, announced in April, is run by another ex-Endemol employee, David Goldberg. He left his role as chairman and CEO of Endemol North America earlier this year, having been with the company for over 13 years.

Baumgard will be based in LA and report to Goldberg who hired her in 2001 to work at Endemol. She will develop original content for the company across multiple genres for the North American market, with the wider Banijay Group taking the resulting properties to the international market.

At Endemol USA, she spearheaded all non-scripted development and her credits include Extreme Makeover: Home Edition, the US edition of Wipeout and Deal or No Deal and syndicated daytime series Steve Harvey.

Goldberg said: “For more than twelve years, Caroline’s skills and expertise in identifying and creating potential future hits were a key driving force in the growth of Endemol USA. I’m delighted to be able to work with Caroline to do it all over again with Banijay Studios North America.”

He added: “Her experience, contacts and creative instincts will play a vital role in the development of this exciting new company with the bi-product resulting in the creation of formats that will travel abroad and help fuel the growth of our global business.”

Baumgard said: “I look forward to creating original network, syndicated and cable hits as well as adapting and developing Banijay’s many successes from around the world.”