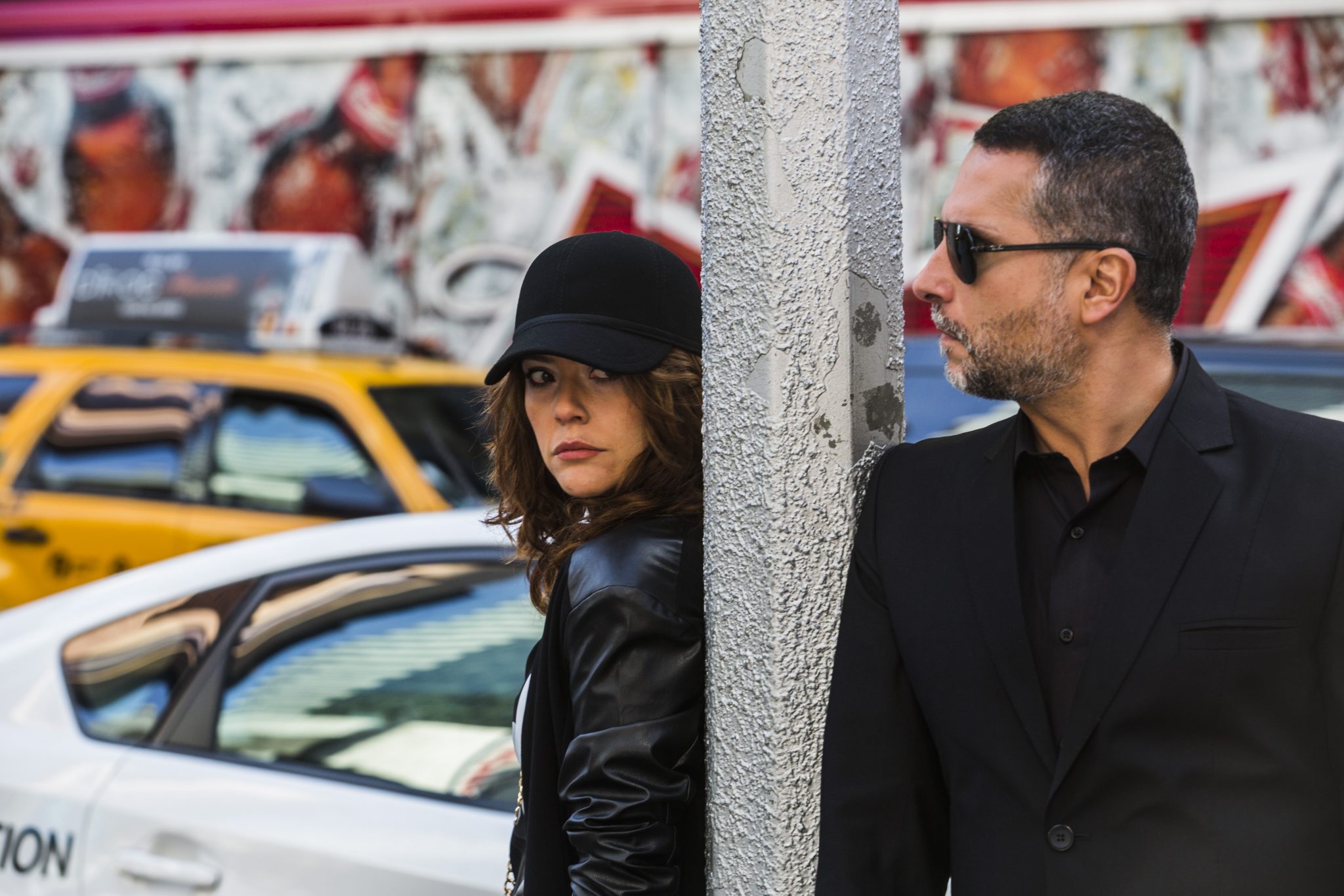 TV channels chasing US Hispanic viewers are programming an ever increasing amount of original content to win share among the young and increasingly affluent target demographic, reports Stewart Clarke.

Eyeball-winning original programming and moves by some to programme English-language channels and content for the US Hispanic population are shaping the Latino and wider media sectors in the US. One result is more competition for the traditional US networks, which are already seeing the major US Hispanic channels compete with them toe to toe for audiences. Indeed, the likes of Univision pinpoint the major broadcasters as the competition, not the other US Hispanic nets.

“Univision competes every day and night with the English broadcasters in the US; our position is well recognised by not only Hispanic viewers but also Anglos and bilingual viewers,” says Alberto Ciurana, president of programming and content for leading broadcaster Univision Networks.

Univision has a long-running programming supply deal in place with Televisa, the Mexican media giant. “Televisa is the most important provider of Spanish-speaking programming in the world,” Ciurana claims, adding: “But we also do originals as we are an American network in the US that happens to speak in Spanish and we need to speak to the community.”

Accordingly the broadcaster makes 14,000 hours of original programming output across its networks annually with its coverage of the Latin Grammy music awards last November (second below) propelling it ahead of CBS, NBC and Fox and making it the number two overall network on the night among 18-to-34s. Other ratings highlights through 2013 included the finale of Univision and Endemol-produced reality dance competition ¡Mira Quién Baila! (Look Who’s Dancing!, below), which reached seven million viewers across a two-hour broadcast and fitted with the goal for the main Univision network to programme family-friendly originals on Sunday nights, Ciurana says. This year there will be a particular focus on originals for younger-skewing net Unimas. 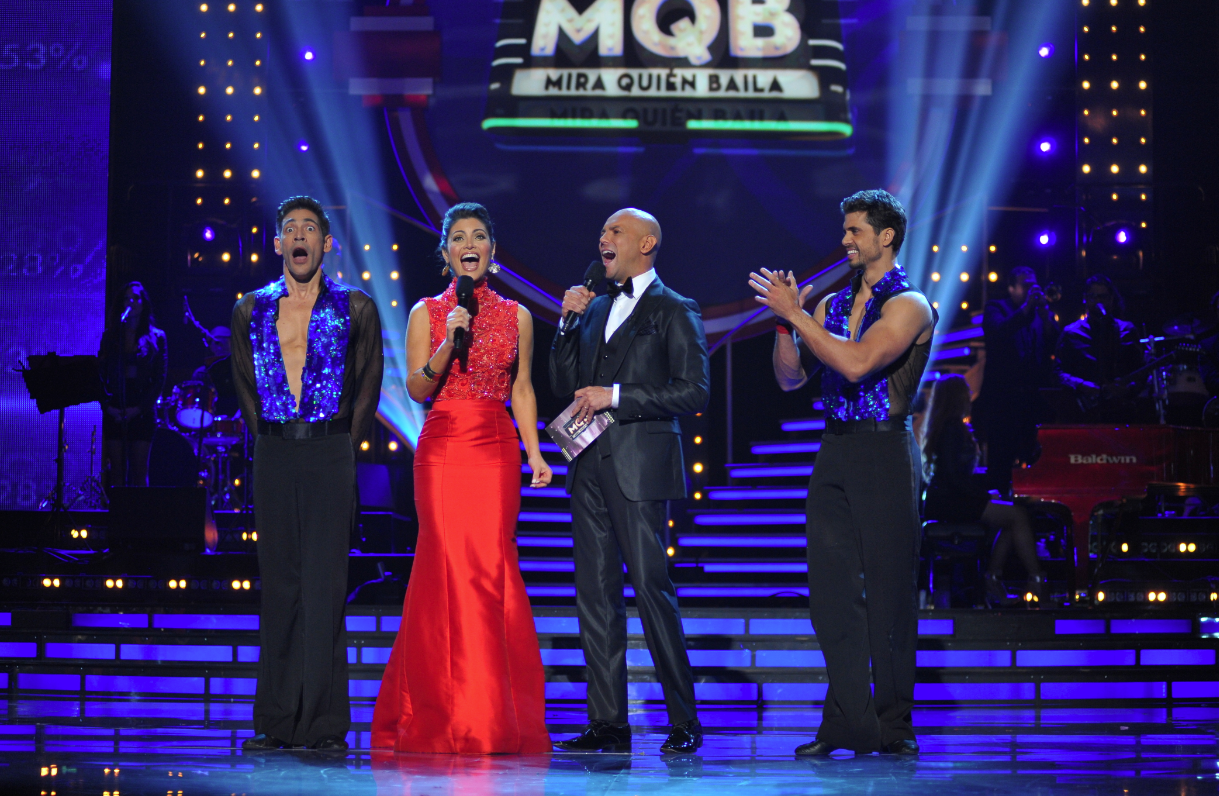 As the US Hispanic media sector continues to grow at a fast clip, the new battlegrounds are not only channel-distinguishing original programming but, in an increasing number of cases content or channels luring both US Hispanic and mainstream eyeballs with English-language shows. Univision is starting to play in the English-language space, although Ciurana says the primary mission will always be servicing Spanish speakers.

If English-language fare for US Hispanics is one new front in the battle for viewers, there are other services that are claiming the sensibilities of an English-language channel, but with Spanish-language content.
Months after the launch of the MundoFox channel, Fox International Channels president and CEO Hernan Lopez told TBI: “Spanish-language television hasn’t changed much in the past ten years and the telenovela is a style of storytelling that hasn’t evolved at the same pace as English-speaking viewing. MundoFox looks and feels like US television, but it just happens to be in Spanish.”

The upstart US Hispanic network launched in August 2012 and as part of 21st Century Fox’s channels division FIC it has a deep-pocketed TV industry backer. Its other partner is Colombian broadcaster RCN, which brings its programming nous to the party. While getting wide distribution remains a key challenge, MundoFox has made a noise with formats and is making originals that it hopes will set it apart. 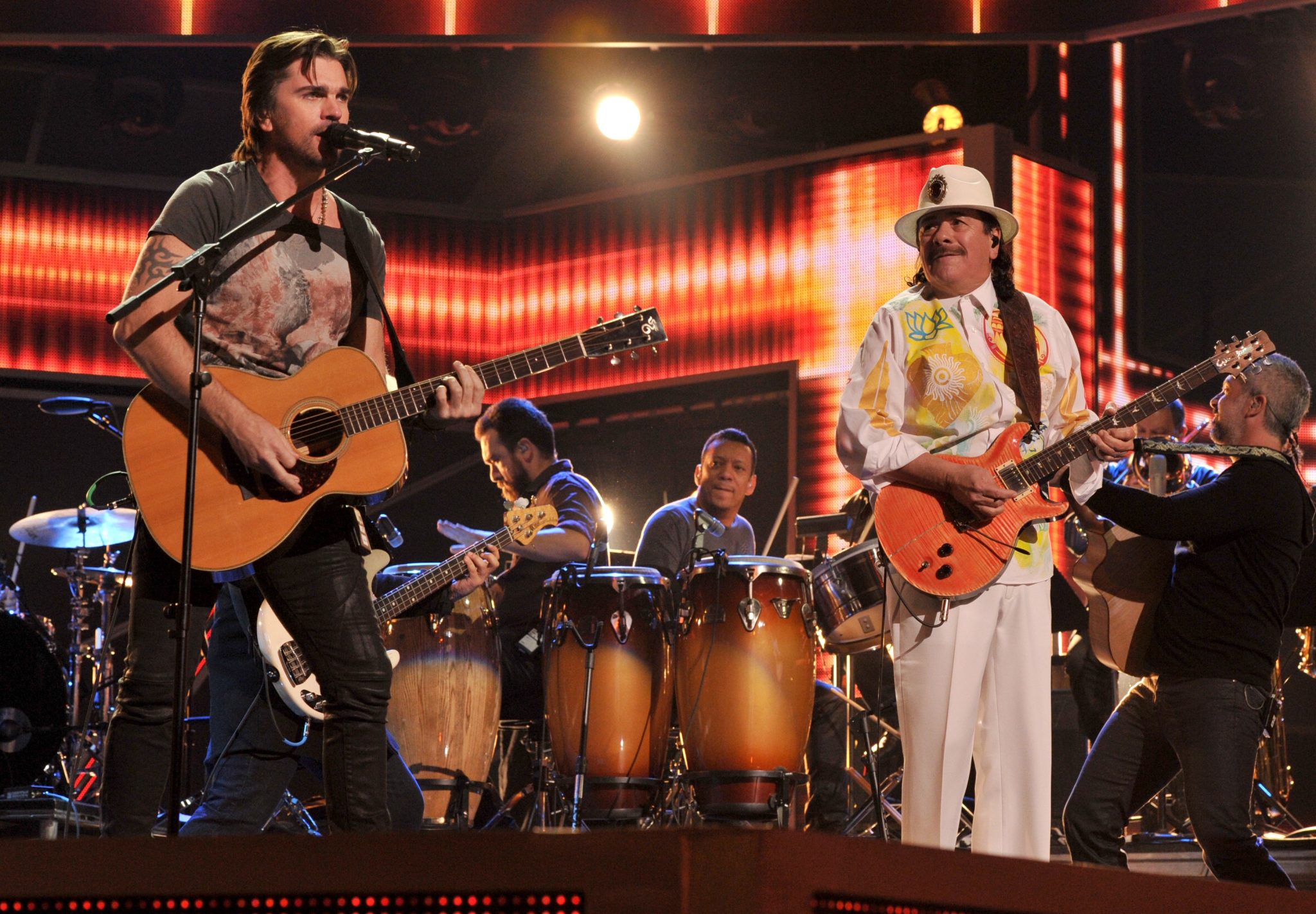 The mainstream sensibility – and the benefits of having Fox as a backer – are best illustrated by the channel’s talent series El Factor X, a Spanish-language version of The X Factor for 8-to-15 year olds. The series launched last July and was stripped through the week in a 7pm slot. The original is on the Fox broadcast network and like the Latino equivalent Syco format, is produced by FremantleMedia.

The summer run of the El Factor X, shot in Mexico, was relatively short given the imperative not to run into the Fox channel’s broadcast of the original version (or, for that matter, Idols, which also has a big US Hispanic following) but the Fox family connections were what made it possible, says Adriana Ibañez, who joined MundoFox from Telemundo last year as the channel’s LA-based executive VP of programming. “Not many people imagined we could get the rights and it was difficult, but we’re in a great family and we had the support from Fox that allowed us to do it. It was a great statement in the market to our competition and to our audience. It said, ‘we are here and we want the best product with the best talent’, which is what we accomplished.” 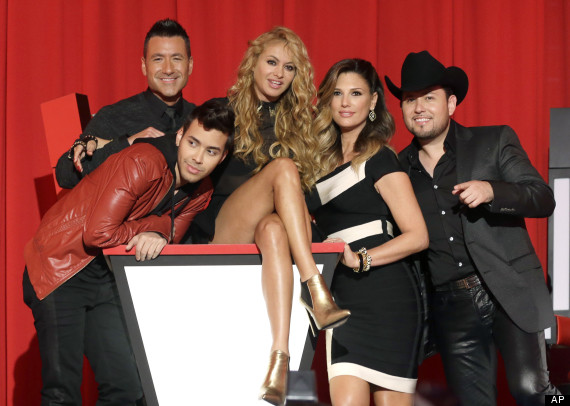 In terms of talent formats NBCUniversal-backed Telemundo also adapted The Voice along similar lines with its version, La Voz Kids (above), and preparations are underway for season two after a successful first run in 2013. The company does not offer English content but does claim to match the standards of the mainstream broadcast nets and produces 85% of the content it transmits. Recent successes include La Patrona (The Return), which averaged over a million viewers across its run.

“We differentiate ourselves from other local Hispanic broadcast channels by producing television content on the standards of the Anglo market,” says Marcos Santana, president, Telemundo Internacional. “Being part of the Comcast NBCUniversal family provides us the infrastructure to work our telenovelas with a distinctive character and with the support of our first-class talent from all over Latin America, including Mexico, we make our stories relevant to universal audiences.”

MundoFox’s The X Factor run has been followed with a Spanish-language adaptation of another popular English-language series – again produced by FremantleMedia – Family Feud. It launched as part of the channel’s fall 2013 schedule in a 7pm slot and comes without the scheduling baggage of El Factor X.

“We want to take it to the next step in 2014 and move beyond gameshows and talent shows and into original drama,” Ibañez says. The net’s first scripted series will be a new season of crime series El Capo. The original RCN show was popular on the channel and the US-Hispanic specific series will run to 60-to-80 episodes with Fox’s Telecolumbia on production duty and Colombian star Marlon Moreno reprising his role as drug lord Pedro Pablo Leon Jaramillo.

“With the original El Capo we had something with a very Colombian point of view but wanted something original and for a US audience,” says Ibañez of El Capo 3. She adds another original drama is in development; a period piece about an air force captain partly set in Spain. Mexican actor Humberto Zorita and El Cartel writer Juan Camilo Ferrand are attached and Telecolombia will produce. Fox’s Colombia-based prodco also made Alias El Mexicano (below), about a drug lord and cofounder of the Medellin Cartel, Gonzalo Rodriguez. The dramas are stripped at 9pm. 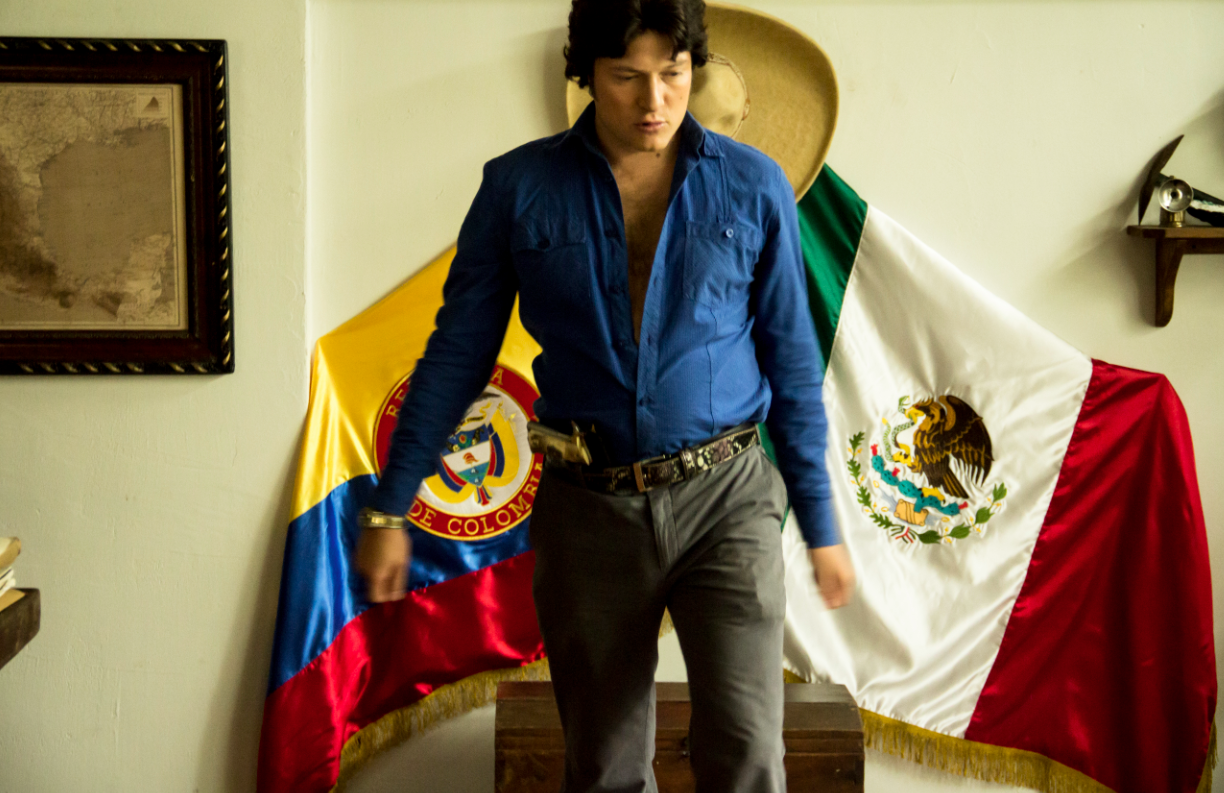 Brazilian content works in some cases, notably with US Hispanics on the West Coast, but content aimed at viewers with Mexican or Colombian heritage is still the major programming currency in the US Hispanic media world.

As the spending power and influence of the US Hispanic population increases, the thematic cable channel operators are growing and winning share. As with the English-language cable scene, success creates channels targeting new niches. Alterna’TV is a subsidiary of Latin American satellite company Satmex and launched the Hispanic-focused wellness channel INTI Network TV to cable television providers in the US last October.

Next up for Discovery en Espanol is a move into the reality space with Texas Chrome (WT), which is in production and will debut later this year. Following the lead of the main Discovery channels as well as other US cable stalwarts such as A+E that have made the observational doc a major programming currency, the show will follow a Texas family of Latin descent and relays their trials and tribulations as they go about running the titular truck customising business.

Michela Giorelli, VP, production and development for Discovery Networks Latin America/US Hispanic has spearheaded the company’s original content drive and says the Discovery Studios-produced 8x60mins
series represents a branching out and experimentation with a new genre. “It’s the first time we have done doc-reality,” she explains. “It’s very aspirational because the business, which is now run by two of the family’s brothers, is doing very well.” 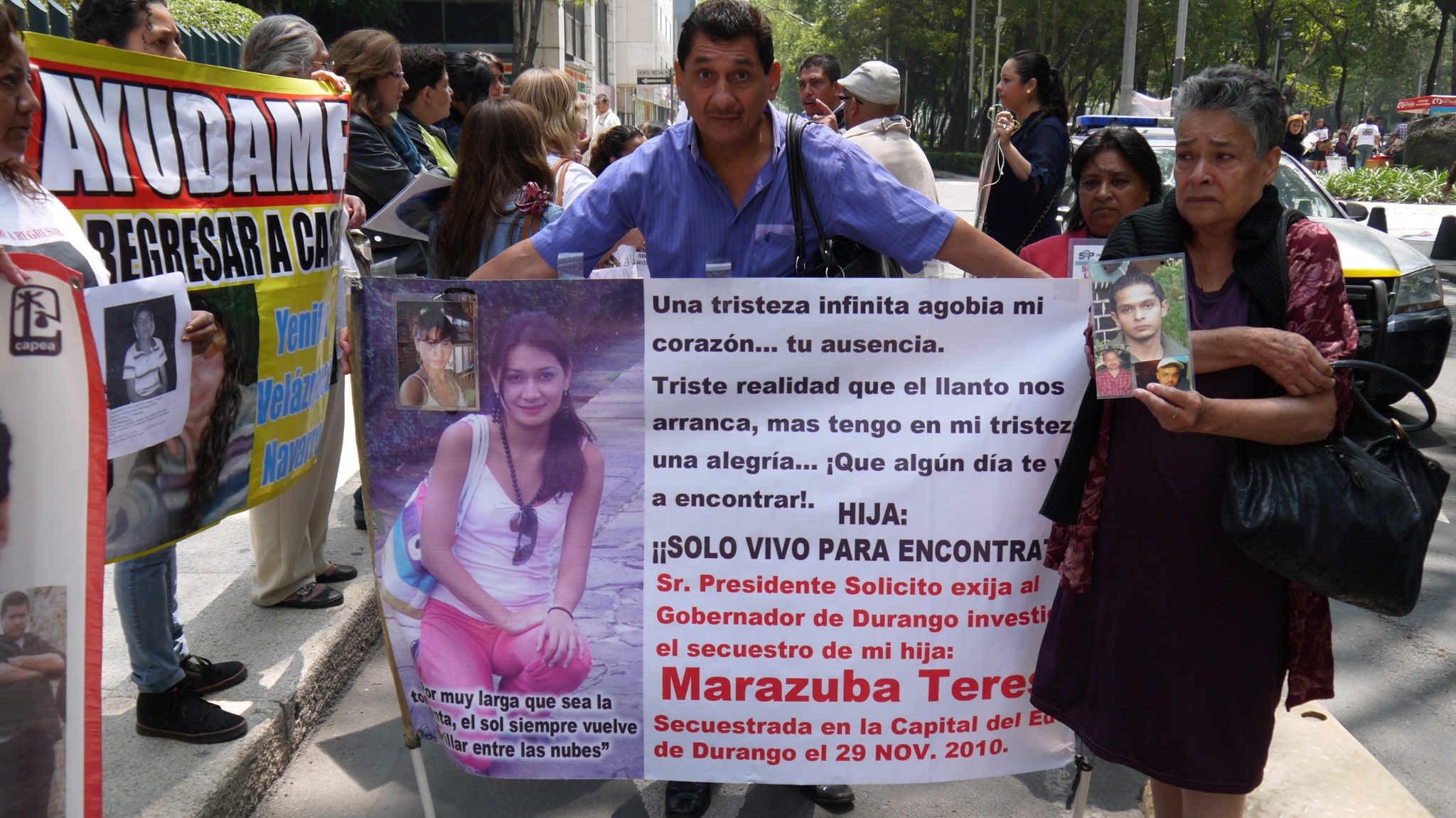 Prior to this the Discovery original slate was more focused on current affairs-based content and specials such as Trata de Mujeres: De Tenancingo a Nueva York (Trafficking in Women: Tenancingo to New York, above) about the growing people trafficking and sex trade between Mexico and the US and Huesos Que Hablan (Talking Bones), which goes inside a Mexican forensic crime lab focused on crimes involving women. Both were commissioned late last year and produced by Peru’s Pacha Films, debuting in December on Discovery en Espanol as part of its current affairs and behind the headlines strand Discovery a Fondo.

Giorelli says: “In terms of the original programming we have been doing a lot has been on topics relating to current affairs, but if Texas Chrome works we will start leaning more towards observational docs, which would be more in tune with what’s on the rest of the channel.”

Discovery also has soccer series Futbol 360 and there will be more soccer programming ahead of this year’s World Cup in Brazil. Sports related content is popular across the US Hispanic nets and one upcoming original for Telemundo’s Mun2 is Combate Americas, a mixed martial arts competition reality series produced by BMP Latin, part of Banijay-owned Bunim/Murray. It will follow professional Hispanic MMA fighters as they compete to win a coveted spot in the new Combate Americas franchise.

As with all areas of US Hispanic TV and media, the gloves are off.