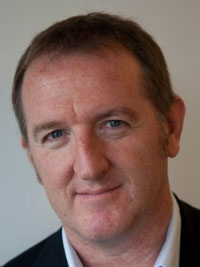 The hire comes as FIC launches sports channels throughout Europe having acquired a raft of rights including NFL and Major League Baseball.

Thomas joins from Team Marketing where he was CEO and oversaw the trading of Champions League soccer rights.

At FIC he will be based in London and Zurich and oversee two units: the Fox Sports portfolio of channels and sports rights and the content sales division, which sells FIC’s sports, factual, scripted and lifestyle content internationally.

Lopez said: “Simon’s global view of sports and media markets, along with his experience on large scale rights transactions make him the ideal candidate for this combined role.”

Thomas said: “I’ve been impressed by the professionalism of [FIC’s] operations, its ambitious plans, and innovative strategies. Clearly there is great potential for further growth, and I look forward to being part of the team.”

Separately, FIC has completed its buyout of Setanta Africa after receiving approval from the Irish Competition Authority. FIC, which announced in early October that it was in the final stages of acquiring the African sports channel provider, now holds a 100% stake in Setanta Africa Services.