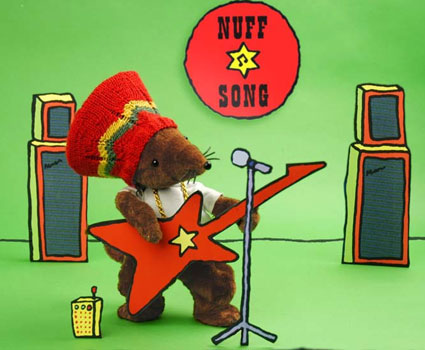 Dinamo Productions, the Wales-based kids’ TV firm that counts Rastamouse and Abadas among its credits, has gone into administration, TBI can reveal.

The company filed for insolvency on June 26, according to UK business directory Companies House. Administrator Begbies Traynor is handling the matter.

A number of sources close to the company confirmed the news to TBI at the UK kids’ TV confab the Children’s Media Conference. One said staff and partners had been aware of a financial issue “for some time”.

However, another source backed the company, which was founded in 2004 by Owen Stickler and Aron Evans, to “bounce back again”. “We’ve all got faith they’ll be okay in the long run,” the source added.

Dinamo counts coproduction, original IP development and animation services among the strings in its bow but has found it difficult to sustain such a wide-ranging business model, according to one industry source with knowledge of the company.

The company, which is based in Pontypridd, is best known as an associate producer on CBeebies hit Rastamouse with Three Stones Media and DHX, which sells the show internationally. Dinamo is also a coproducer on preschool series Abadas, along with Dublin’s Kavaleer Productions.

The company has worked on projects for the BBC, S4C and CiTV in the UK as well as Al Jazeera Childrens Channel, Disney and South Korea’s EBS in international markets. As recently as March it was recruiting new staff.

“Returning to Trefforest (Cardiff) for the second Rastamouse season was proof of our belief in the people who helped bring Rastamouse to the screen. We are currently looking at ways to be able to support this pool of talent as we embark on a third season of episodes.

“Away from the issues affecting where Rastamouse will be animated in the future it’s busines as usual for Rastamouse as we develop across a number of platforms on screen, in licensing in the live space.“