A new Middle East-based on demand service has scored deals with Hollywood studios, Arabic content houses and Bollywood film providers ahead of its launch in June, TBI has learned. 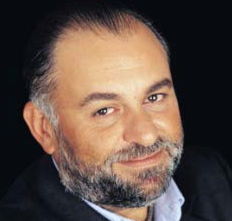 Dubai-headquartered icflix will be a hybrid SVOD/TVOD service launching across platforms in the Middle East and North Africa, and will also target Arabic ex-pats around the world. Sources at MIPTV dubbed it “the Middle East’s answer to Netflix” and it is understood to be the first of its kind within the region.

icflix was in Cannes last week finalising content agreements with the major US studios and other content providers, sports providers and kids’ content firms. Including international and indie titles, it will have about 7,500 hours of internationally-acquired content.

“We’ve been talking to all the major Hollywood studios over several months and we’re in final signature stage with a majority of them,” icflix’s CEO, Carlos Tibi, told TBI.

MENA has no equivalent VOD platform, and the key video streaming companies are yet to reach the region. With the absence of professional players, piracy has become rife, Tibi said. The opportunity to combat illegal downloading offered his company and its content partners “a huge opportunity”, as most consumers in the region were keen to find legal alternatives.

“The value for them [especially the US studios] is minimising piracy across the region and seeing returns on their content by making it affordable to consumers,” he added.

The second facet to the model is what Tibi has coined ‘Jazwood’ content – Arabic movies and features (the word comes from the compound of ‘Al Jazeera’ and ‘Hollywood’). The company has secured close to 35,000 hours of Arabic-produced content from the likes of Rotana, ERTU and Arabic Radio & Television, which will be offered regionally and to Arabic ex-pats around the globe.

Many of these libraries have never been digitised, which lead icflix to launch an office in Egypt to update and “in some cases improve” the tapes, said Tibi.

Mahmoud Elbatt, regional marketing manager at ART said this month icflix offered “a new way” to deliver content, and would “transform the way people in this region view content”.

Pricing has not yet been decided but it will be “affordable to mid-to-low income households”, according to Tibi. All library content will be available for a monthly subscription charge of around US$10 a month and will include US movies from the mid-90s to the late 2000s, while newer titles “just out of the cinemas” will offered on a transactional basis for around $4-6 per film.

Tibi, whose background is in the Arabic technology and media markets, is one of three partners in the privately-held business, along with chairman Fadi Mehio (pictured, top), a businessman with a background in architecture; and managing partner Joy Ghoussoub. The company has been approached by outside investors but the controlling partners have rejected the advances, said Tibi.