Under the terms of the deal, Talpa gains exclusive first look at all international non-scripted formats created by the firm.

Studio Glam was launched by Ami and Ilan Glam in 2013 and is behind formats including The Extra Mile, The Decision, Win The Crowd, Selfie Challenge, Ha Ha Experience, Great Cantor and The Big Trip.

CEO Ami Glam said: “We are focused on creating new formats for the global market, and we’re sure that Talpa’s vast experience and innovation will elevate us” 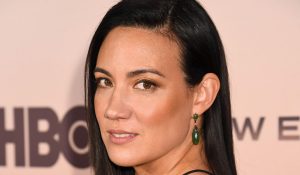 Writer, director and producer Lisa Joy (Westworld) has been selected as Jury President for this year’s Series Mania Festival and its International Competition.

Joy will be present in Lille, along with other jury members who will be announced shortly, and will award the grand prize for best series, as well as the prizes for best actress, best actor, and best writing. Additional awards will also be presented during the closing night ceremony on 24 March.

As part of Series Mania, the Series Mania Forum, the industry arm of the festival, will be held 21-23 March, with the Lille Dialogues set for 23 March. 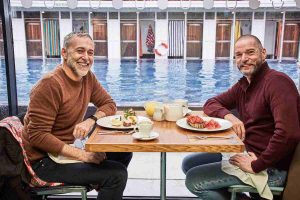 Outline Productions’ food and travel format Remarkable Places to Eat is moving to a new home at More 4 and Channel 4, having previously aired on BBC2 in the UK.

Each episode of Remarkable Places to Eat sees one of Britain’s best-known foodies – including chefs and restaurateurs – taking Fred Sirieix to a city in the UK or abroad that is home to three of the restaurants where they most love to eat – whether it’s a high-end Michelin-starred meal or something lower budget that brings back strong personal memories.

Laura Mansfield and Helen Veale, creative directors, Outline Productions said: “Experiencing fantastic food is something we all think about when deciding on visiting somewhere new, and this series will inspire viewers to search out hidden gems as well as established stars, whether they’re looking for a simple, authentic snack from a hole-in-the wall bar to a sumptuous banquet in a beautiful location.” 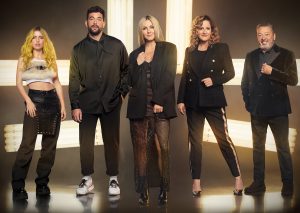 Zenith, which launches on ICI Radio-Canada tomorrow (19 January) is a variety music series from KOTV which gathers well known singers from different eras to compete against each other on a large, arena-style stage in front of an audience made up of 100 judges who are also grouped by generation: Boomers, Gen X, Gen Y, and Gen Z.

“Audiences are thirsty for a festive music competition with an added touch of great artists with a little nostalgia. Zenith is a series that brings a combination of all of these to viewers, designed to capture all generations, young and old,” said  Mia Desroches VP of global distribution, KO Distribution.

Nordic streamer Viaplay has landed in Canada after striking a deal with Bell Media to appear on its SVOD Crave.

Beginning today, scripted and YA branded content offering Viaplay Select will appear on Crave, ahead of a full DTC launch in Canada later this quarter.

Shows headed to Crave include Partisan, Face to Face and The Machinery.

The deal marks Something Special’s first move into scripted formats.

The Israeli crime-thriller follows a renowned female surgeon, who is about to perform a routine operation on the President when her family is taken hostage. She is ordered to sabotage the procedure and kill the President – or her family will die.

The series originally aired on Channel 10 in Israel in 2013 and has since been adapted in India on Hotstar and in the US on CBS.