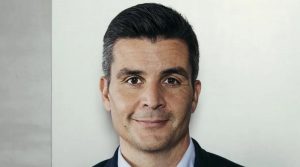 Former Warner Bros. Discovery (WBD) exec Alberto Horta has resurfaced at media agency IMG, where he has been named as SVP & MD for Germany, Switzerland and Austria (DACH).

Horta departed WBD in September having been VP of commercial development, with a remit that saw him lead distribution, advertising and digital operations, as well as managing Germany’s Tele 5 channel.

Prior to that, he had been with Discovery for 15 years, initially working for Eurosport, which was acquired by the factual operator in 2015. He then became deputy MD of Discovery in Germany in 2016, before taking up his most recent role in 2018.

Horta will be responsible for commercial strategy and media rights distribution at IMG, badsed out of Munich and reporting into Ross Hair, IMG Media’s SVP & head of EMEA.