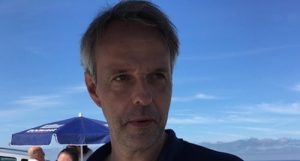 Greenwood worked as a producer and reporter for BBC Radio, before moving into TV by working on The Big Breakfast (Channel 4) and This Morning (ITV). He then moved to the BBC, with credits on Watchdog and Crimewatch.

He has since worked as development executive and won commissions from the BBC, ITV, Channel 5 and Channel 4, while more recently series producing Nightmare Tenants and Slum Landlords.

Cineflix Productions is partnering with actor Anthony Rapp on Surviving Hollywood, a limited event docuseries exploring “Hollywood’s toxic culture that was baked into the industry’s DNA since its inception more than a century ago.”

According to the snyopsis, Rapp will break down “the hostile underbelly of power dynamics, abuse, discrimination, corruption, and misogyny that’s permeated the industry since the dawn of Hollywood, remaining its greatest worst-kept and overlooked secret.”

“I’m honored to help shine a light and honor those who’ve been up against unfair systems of power in the entertainment industry. By telling these kinds of stories, hopefully we can make our industry and world a safer place for all of us,” said Rapp.

Produced by Wodocut Media and distributed by Abacus Media Rights, the 90-minute film will launch on the streamer on 1 February, telling the story of the 1975 murder of 63-year-old vicar, Anthony Crean, whose body was found in a quiet Kent village, leaving a community in shock when they discovered he had been killed in a frenzied attack with an axe

Confessions of a Psycho Killer is produced by Woodcut Media’s Nick Mavroidakis and directed by Matt Blyth, with Kate Beal as executive producer.