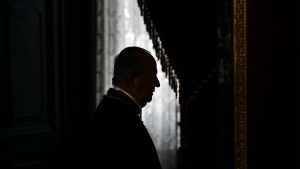 Sky Documentaries has ordered a four-part series exploring the rise and fall of former Spanish king, Juan Carlos I.

The as-yet untitled show will track his fall from being a Spanish hero, after allegations surrounding his financial arrangements led to his abdication in 2014.

The series is produced by Christian Beetz, who created the series with Anne von Petersdorff and Georg Tschurtschenthaler from Gebrüder Beetz Filmproduktion, and author Pedro Barbadillo. Executive Producers at Sky Deutschland are Christian Asanger and Felix Kempter, and for Sky Studios, Barnaby Shingleton.

The four-part documentary series is being produced by Gebrüder Beetz Filmproduktion in association with Sky Studios. NBCUniversal (NBCU) Global Distribution, the sales arm of Sky owner NBCU, will sell worldwide.

Turkish drama Golden Boy has been sold into more than 30 countries since its launch three month ago, with Nova TV among buyers.

Immediately following its launch in September 2022, the series was licensed to 23 territories throughout the MENA region through MBC Group. The show is sold by Night Train Media’s distributor, Eccho Rights.

The show debuted on Turkey’s Star TV in September and is from OGM Pictures.

Channel 5 in the UK and SBS in Australia are among numerous buyers of docuseries Great Lighthouses Of Ireland.

The 8 x 60-minute show, shopped by RTÉ Programme Sales, has also been acquired by APT USA, UR Sweden, Spafax In-Flight and Arte. The series examines Ireland’s mastery of lighthouse engineering, its relationship with the sea and its centuries-old battle against the elements.

SBS has also acquired Ireland’s Historic Gardens and Sculpture: The Shape of History from RTÉ, while The Irish Civil War and The Dead Zoo have been acquired for sale.

Both are narrated by Brendan Gleeson, the Irish actor whose recent starring role in The Banshees of Inisherin received eight Golden Globe nominations.