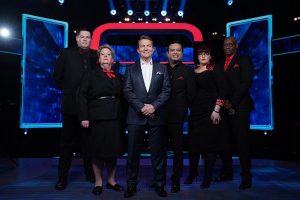 Croatian pubcaster HRT has struck a multi-format and multi-series deal with ITV Studios for local adaptations of formats including quiz show Beat The Chasers, as well as series renewals for The Voice.

Beat The Chasers sees contestants take on a panel of general knowledge experts for a cash prize, with HRT producing a local version in-house, alongside an adaptation of another ITV Studios format, A Year To Remember, which takes audiences back to a specific year, through clips, questions and games.

HRT has also renewed I Love My Country for an 11th season and extended music competition format The Voice for a further two seasons, with production soon to get underway on series four, which will air at the end of the year and series five slated for 2025. A local version of The Voice Kids will meanwhile debut on HRT in 2024.

“As all of the ITV Studios shows at HRT are well received by the audiences, we are confident that this will be the same for the brand-new commissioned formats A Year to Remember and Beat the Chasers,” said  Mario Sedmak, head of entertainment, dept of Croatian TV, HRT.