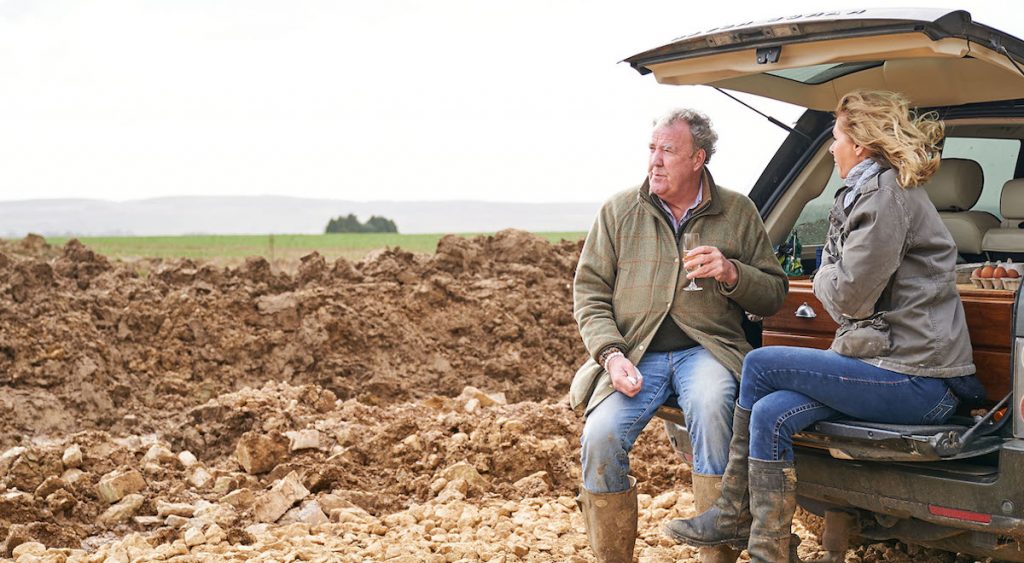 The former Top Gear presenter, who left the BBC to join Amazon after punching a producer in the face, wrote late last year that he thought Markle should “parade naked” while people “throw lumps of excrement at her”.

He wrote: “I really am sorry. All the way from the balls of my feet to the follicles on my head. This is me putting my hands up. It’s a mea culpa with bells on.”

However, Amazon is preparing to end its partnership with Clarkson, according to Variety, meaning the third season of Clarkson’s Farm will be its last. The motoring host admitted the streamer was “incadescent” over his remarks and a planned press conference for the show yesterday was cancelled.

The Grand Tour, which restructured its format in 2019, has four specials to run, the last of which will land in 2024, according to the US trade.

It continued: “Unless each of his other pieces were also written ‘in a hurry,’ as he states, it is clear that this is not an isolated incident shared in haste, but rather a series of articles shared in hate.”