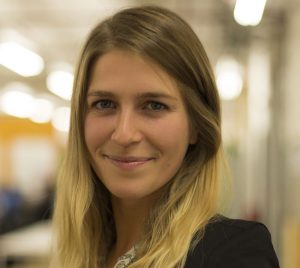 All3Media in Germany has hired execs from companies including Sky Studios as it looks to bolster its recently formed scripted arm in the country.

Julia Jaensch becomes drama director at All3Media Deutschland Fiction, which was created in October when Tatort producer Filmpool Fiction was rolled into the new division. It is led by former Red Arrow International MD, Irina Ignatiew-Lemke.

Janesch, whose arrival was first reported by German trade DWDL, was most recently an exec producer at Sky Studios, where she worked on the third and fourth seasons of Das Boot, as well as Munich Games and 2022 doc Wirecard – The Billion Euro Lie.

Prior to that she worked for regional broadcaster WDR.

She is joined at All3 by Jochen Wigand, who has been named head of comedy & young adults, and was most recently a producer at Tower Productions.

Tower has been owned outright by All3Media since 2020, when BBC Studios sold its stake in the firm to launch a new German production company.

All3Media Deutschland Fiction’s slate includes a remake of UK format Informer, to be known locally as Der Informant, for NDR, ARD Degeto and Arte, as well as comedy series Rebels.