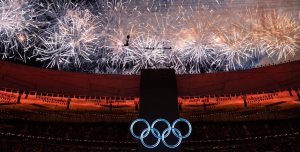 The European Broadcasting Union (EBU) and Warner Bros. Discovery (WBD) will control all media rights to the four Olympic Games in the 2026-2032 period after striking a deal with The International Olympic Committee (IOC).

The EBU and WBD presented a joint bid to acquire all media rights across 49 territories in Europe – for events that will take place in Milan (2026), LA (2028), and Brisbane (2032), with the host of the 2030 Winter Games yet to be decided upon. The IOC accepted the EBU/WBD bid following a competitive tender process.

The structure of the new pact differs to the last deal, which covered the period 2018-2024. At that time, the IOC signed a deal with WBD, which then sub-licensed rights to EBU members. Previously, the EBU held the IOC’s rights across the region.

According to the IOC, the new agreement “guarantees free-to-air reach for the Games through the EBU’s network of public service broadcasters. Starting in 2026, the EBU will hold free-to-air rights on television and digital platforms. Every EBU Member will broadcast more than 200 hours of coverage of the Olympic Summer Games and at least 100 hours of the Olympic Winter Games on TV, with a broad range of radio coverage, live streaming and reporting across web, app and social media platforms.”

Welcoming the agreement, Delphine Ernotte Cunci, president of the EBU and CEO of France Télévisions, described the deal as “a game-changer for public service media and demonstrates the abiding strength and solidarity of our union.”

Andrew Georgiou, president & MD for Warner Bros. Discovery Sports Europe, added: “We are grateful to be partnering with the EBU and its members on the next stage of our Olympic journey, extending our commitment made together with the IOC in 2015 to reach more people through broad-reaching and accessible coverage.”

IOC president, Thomas Bach, said: “As the IOC redistributes 90% of the revenues it generates, this long-term agreement provides critical financial stability to the wider sporting movement and ultimately supports the athletes themselves.”

WBD and the EBU have a history of collaborating to deliver complementary coverage of major sporting events, most recently with the International Biathlon Union World Cup and World Championship events, in addition to summer events including the World Athletics Championships and cycling’s Tour de France and La Vuelta.