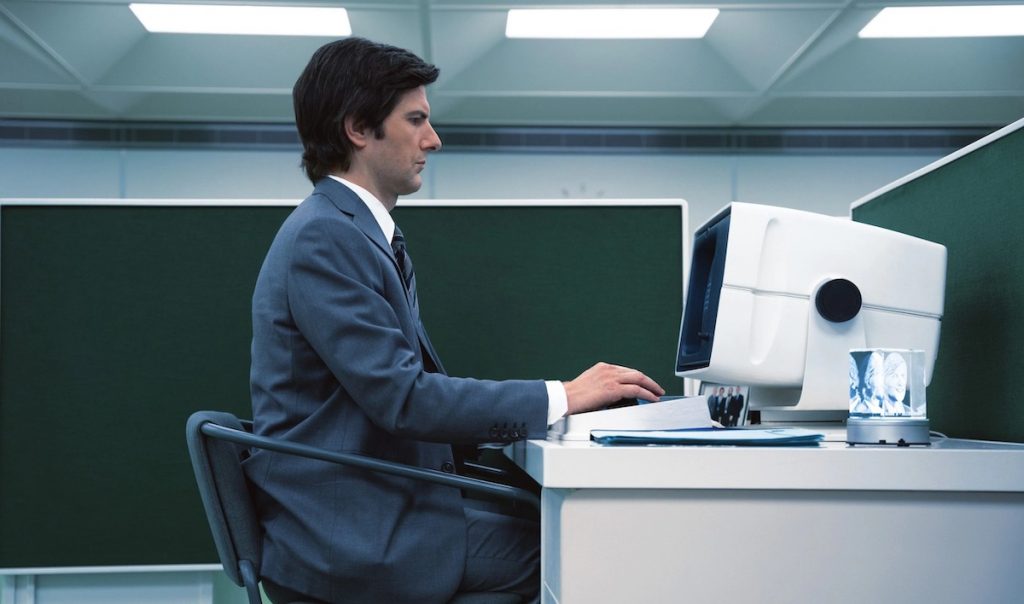 It’s that time of year when the TBI team looks back into the not-too-distant past to pick their favourite shows from across the past 12 months.

From high-stakes thrillers that stuck the landing to reality show relationship dramas and family-friendly cartoon co-watching experiences, it has been another varied year of viewing.

We hope the shows below jog memories for you all and wish you a very Merry Christmas. 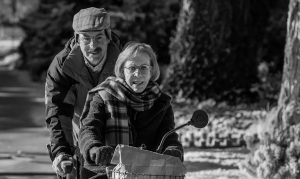 I’ve really tried to not pick Better Call Saul again, but there’s just no getting away from what an achievement this show was. Launching a spin-off from a hugely succesful series is never easy but – and this is why it’s my top choice for 2022 – Vince Gilligan and Peter Gould managed the almost impossible and landed the thing in utterly exemplary style, probably bettering the end of Breaking Bad for this hack’s money (and arguably putting it up there with The Sopranos).

Bob Odenkirk and Rhea Seahorn shone bright both in front of and behind the camera; Bryan Cranston and Aaron Paul returned to add yet more depth to the original source material (a show, we shouldn’t forget, that ended almost a decade ago); Carol Burnett made a starring turn that brilliantly illuminated moral decline; and the whole thing was deliciously spun out and beautifully shot. While numerous others came close (honourable mentions to Pachinko, Frozen Planet II and Ozark S4 in particular), Better Call Saul‘s final season ensures the show as a whole will go down as one for the ages. 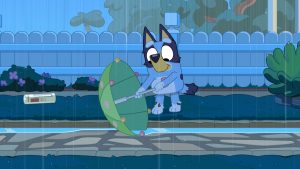 I suppose it might be fairer to say that Bluey is my ‘most-watched’ show of the year, with the Australian pre-school animation having become a regular co-viewing fixture for me with my daughter in recent months. I was a little slow to discover this series, but it’s rare that a weekend now goes by without the two of us sitting down to watch at least a few episodes.

Launching on ABC Kids in Australia in 2018, and available for me here in the UK on BBC iPlayer and Disney+, the series follows the day-to-day adventures of the Heelers, a family of dogs with two imaginative pups and their put-upon parents.

It’s hard not to emphasise with dad Bandit and mum Chilli as Bluey and her sister Bingo run rings around them. The witty and insightful writing has had us both laughing wiht its perspective on both the slightly askew view of the world inside children’s heads and the all-too-familiar situations that we parents find ourselves in while raising kids. One of those rare shows I can watch with my five year old without reaching for my phone in boredom (or confusion) after a few minutes. 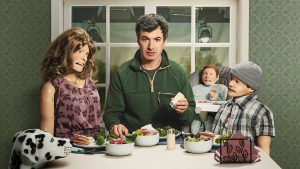 As the world, in some respects at least, started to return to normality post-Covid in 2022, my favourite show of the year was decidedly surreal, strange and very much not normal. The Rehearsal, written, directed by and starring Nathan For You creator Nathan Fielder, explores whether with meticulous planning and ‘rehearsals’ of important real-life scenarios our desired outcomes can be achieved.

Part comedy, part documentary, part social experiment, this series left me gasping for breath with laughter and with my jaw on the floor in shock (sometimes in the same scene). With HBO announcing a second season shortly after the finale of the first, I can’t wait to see where the truly unique brain of Fielder takes this uncomfortably hilarious concept next. 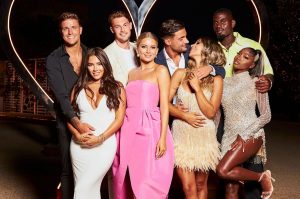 The show returned to its prime and was reminiscent of earlier seasons – we were at the edge of our seats as Ekin-Su crawled on the terrace and created one of the best love triangles we have seen on reality TV. Who can forget the iconic one liner “you’re a liar, actress, go the f out!” (although she did end up with her Italian stallion, Davide in the end).

The show had a lot of twists and turns, funny moments and main character syndromes, which made for gripping TV every night at 9pm and on social media. From, the ‘two heartbreakers’ India and Dami, and one of the best comebacks from Andrew to Tasha – “I licked her tit or whatever’ – following these couples as they progressed through the show was very entertaining to watch. Good to see the couples are still going strong, but I do wish that the reunion was shot a bit later (Andy Cohen/Bravo style) so we could get some good gossip once they entered the real world and watched themselves back. It’s 10/10 viewing for me. Runner up, the riveting thriller, Yellowjackets. 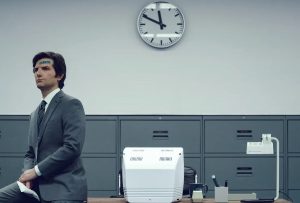 I’ve seen some incredible TV over the past 12 months, so two honourable mentions to start off. Earlier this year, My Brilliant Friend returned for its third season and continued to deliver on every level, whilst the German single series, Funeral For A Dog, was a satisfyingly slow-burning, cross-continental whodunnit.

Apple TV+ delivered two very different but equally compelling series this year. Bad Sisters is possibly the darkest of black comedies, a revenge thriller that opens with the disconcertingly priapic corpse of an abusive husband lying in his coffin. The questions to be answered are how did he met his end, and which of the five sisters, or combination of, helped him on his way? A great cast includes Sharon Horgan (who co-developed the show, which is based on Flemish format Clan) and Anne-Marie Duff, with Claes Bang as her odious husband.

Severance is a super-smart office drama, in which a sinister corporation (aren’t they all?) extracts the maximum from employees, whilst they obtain a form of work/life balance by undergoing a surgical implanting process that psychologically separates employment and domestic life. So far, so HR department’s dream. However, the process is flawed, and cracks appear, exposing exploitation and manipulation on a grand scale. Throughout, there are characters and situations that will be familiar to anyone within the corporate workplace. Another perfectly cast series featuring Adam Scott, Patricia Arquette, John Turturro and the incredible Christopher Walken. For those wishing to clock on for another shift, director Ben Stiller has revealed that season two is in the works. Bring on the melon bar. 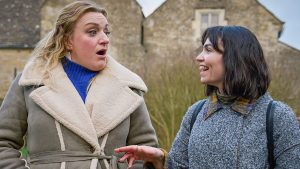 Am I Being Unreasonable?

GRAZYNA GRAY
Sales manager
Top show: Am I Being Unreasonable? (BBC One)

Another brilliant comedy from Daisy May Cooper, this time with a thriller twist. It is a great example of a female anti-hero evoking empathy and support from women representing all social strata. Uncomplicated yet intellectual, loving and kind yet murderous, strong yet self-deprecating – breaking bad and getting away with it.

It is refreshing when all female characters tend to be portrayed as mentally flawed and socially inept. She represents all qualities a modern woman is about and she is very much with it. Super funny, inclusive, relevant, brilliant – Daisy May Cooper is phenomenal. I’m overjoyed at the news that the series has been renewed for a second season! 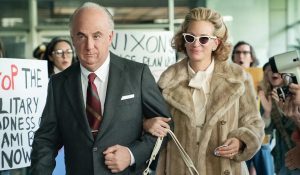 Starz’s take on the Watergate conspiracy was a standout TV event for me this year, following the conspiracy from the inside. The series highlighted the serial incompetence, bad faith, self-congratulatory ruthlessness and paranoia of the conspirators, playing the machinations of Mitchell, Haldeman, Ehrlichman et al for laughs.

Unlike All the President’s Men, Gaslit largely stayed clear of the Washington Post’s investigation (although Robert Redford lookalike Stephen Todt made a few walk-on appearances as Bob Woodward), focusing instead on the part-fictionalised roles of FBI agents Angelo Lano and Paul Magallanes in uncovering the plot.

Series highlights included the desperate attempts of the Watergate protagonists to save their skins, including the series’ closest thing to a (very unheroic) hero, John Dean, played as an ambitious but troubled geek by Dan Stevens.

The strength of the show was in the performances, including Sean Penn unrecognisable but outstanding as John Mitchell, a great showing by Julia Roberts as Martha Mitchell and a suitably over-the-top turn by Shea Whigham as psychotic no-holds barred Nixon fanatic G. Gordon Liddy.

Take a look at our favourite shows from previous years: