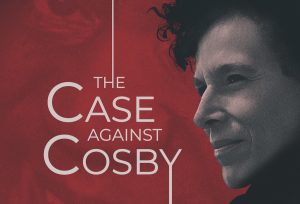 The Case Against Cosby

Soon-to-launch UK streamer ITVX and Nine Network in Australia are among buyers of a two-part documentary exploring the life of Bill Cosby.

The Case Against Cosby is produced by Prospero Pictures in association with the Canadian Broadcasting Corporation and Rive Gauche. It claims to reveal new truths through exclusive access to the long-time survivors of the sexual assault accusations against the actor.

The show, produced for CBC in Canada, follows the harrowing journey for justice driven by the only survivor to date whose case could be tried in a court of criminal law, Andrea Constand. It is based on her memoir, The Moment: Standing Up to Cosby, Speaking Up for Women.

“We’re incredibly grateful that many of our major broadcasting partners have stepped forward to share this gripping documentary with their audiences. The story of these incredible women must be told, and their voices must be heard,” said Marine Ksadzhikyan, COO & EVP of sales at Rive Gauche.

“Andrea Constand is a champion for sexual assault survivors everywhere,” said director and executive producer, Karen Wookey. “Her 15-year legal odyssey, and her determination to find justice against Cosby, has inspired a generation of survivors.”