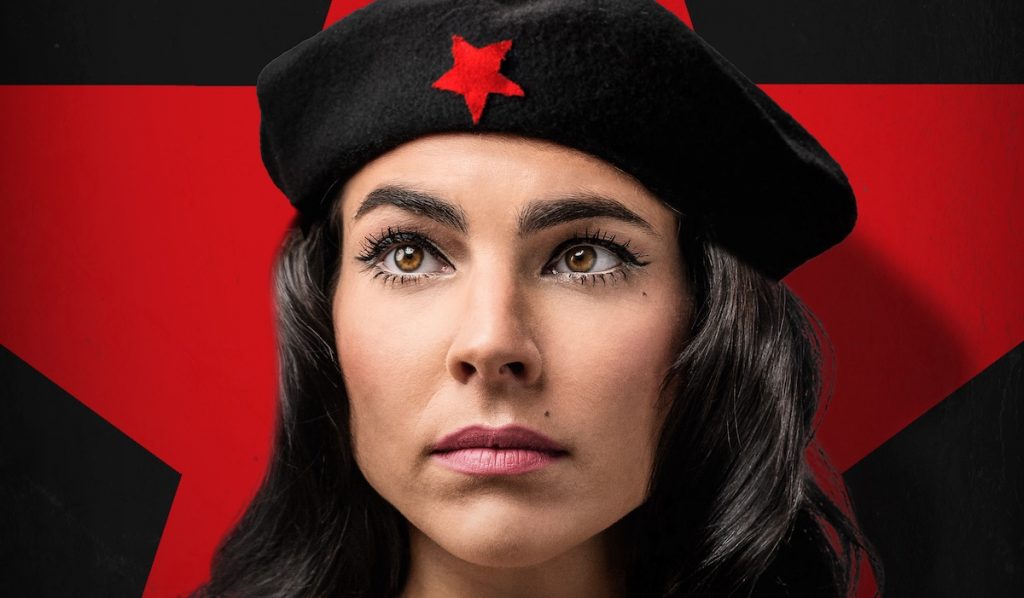 Produced by Hop! Films for pubcaster RTP, the 6 x 45-minute series tells the true story of a young Portuguese woman who gave everything to the Cuban revolution and Che Guevara.

Beatriz Godinho plays Ana Maria Silva Pais, the only daughter of the Director General of the PIDE, Portugal’s secret service, who is secrely in love with the Cuban revolutionary.

Anke Stoll, Keshet International’s VP of acquisitions and co-productions, said: “This is an incredible true story of a woman who changed so many lives to follow her passion and strong political beliefs. The team at Hop! Films have done a fantastic job bringing her vibrant story to life for TV viewers.”

Judge will create, exec produce and star in the series, which comes from Universal Television and executive producers Bandera Entertainment.

The series follows Lauren Caspian, who is NPR’s third most popular host; a well-meaning, hypocritical nimrod. He’s also a stop motion puppet. Each episode follows the making of an episode of Lauren’s show In the Know, in which Lauren conducts in-depth interviews with real world human guests

“In The Know will capture the conversations so many of us have in our daily lives in a heightened, hilarious way” said Lisa Katz, president of scripted content, NBCUniversal Television and Streaming. “We’re excited to be working with the very best in the business in Mike, Greg, Zach and Brandon, and our partners at Universal Television.”

Deustche Welle has picked up Pave The Road (1 x 52-minutes), which follows filmmaker Kelly Mason’s mission to solve the environmental crises of plastic waste and road pollution in Costa Rica, as well as Off Earth (1 x52-minutes), which examines the new industrial frontier in space from Elon Musk and Richard Branson’s commercial flights to manufacturing.

Meanwhile, Spiegel TV will take the German premiere of History’s Greatest Aircraft (7 x 45-minutes). Funded by A+E UK and CEEMEA, this seven-part series examines some of the greatest contributions to modern warfare, capturing and celebrating some of the biggest icons in aircraft history.

Welt has taken space documentary The Saturn V Story (1 x 52-minutes). The title follows the story of Saturn V, the most powerful machine ever built, and the colossal challenges NASA faced to make it fly.

Lineup Industries has inked a deal with Israel’s Gil Formats to represent the company’s content slate for global sales.

Additionally, the two format specialists are establishing a creative fund to develop in-house and third-party formats for broadcasters and platforms in Israel, Europe, and the US.

The distribution deal incorporates all Gil Formats’ series including hits such as Life On Duty, Capturing the Moment, and Pregnant And Platonic as well as newly launched shows such as Laughing All The Way To The Bank. Lineup Industries will represent the titles in all available territories globally, excluding Israel.

Ed Louwerse, founder of Lineup Industries, said: “This is a very exciting opportunity to collaborate with one of the industry’s leading formats specialists and pool our expertise and respective insights into the market to develop new, ground-breaking and standout ideas for channels and platforms.

“As we look to expand our slate of the best in factual and entertainment formats for the international market, we are also very happy to welcome Gil Formats’ content library to our offering as we head to MIPCOM.”