Joe Moring, head of community & Partnerships at SHARE Creative, explores the pros and cons of interacting with a programme’s – often vocal – fanbase, from toxic viewers to campaigns to save series from cancellation.

With so many shows hitting screens this summer which carry significant established fan audiences, from House Of The Dragon to The Sandman, and of course Amazon’s Lord Of The Rings prequel, showrunners may be feeling pretty confident of success. Not to mention the relative ease of commissioning a show based on existing, tried and tested IP in these turbulent but content-hungry times. And yet, these audiences can be just as likely to critique a show even ahead of time as they are to embrace it. It’s something we’ve already seen with the still-rumbling debates around CGI in early trailers for She-Hulk. 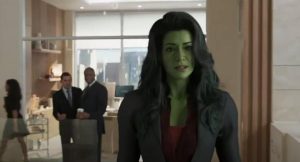 Fandom can be fickle. Show fans are incredibly passionate and powerful for content owners to engage. They can be just as problematic in equal part. Take for example the numerous comments on social media about the major spoiler proliferation circulating shortly after the latest Stranger Things finale. Going a little further back, 13 Reasons Why also faced a meme culture upsurge – followed by a number of concerns about its core story of a suicidal teen raised by hotline charities. Some of the issue with spoiler circulation lies with the setup of most social media platforms – automation and algorithms mean that information spread may be largely unavoidable, with the exception of Reddit’s spoiler tag. But shows eagerly willing to embrace fan audience adoration also need to be prepared to deal with their criticism too.

Usually, many programme makers would be thrilled to know their fan communities are enthusiastically spreading the word online. We’re such fans of Love Island that we created our own fansite to track just how many times the phrase ‘100%’ was being said per episode in the latest series. An upsurge of side communities and sites like this share a communal experience and arguably add additional layers to viewing. Even the circulation of spoilers serves to cement fan communities closer together. The ‘spoiler with no context’ meme is now widespread, and attempts to protect those who haven’t seen the latest show yet by sharing plot points in a veiled enough form that only those who have also watched would understand. It’s become hard to stop passionate content fans from sharing that information in the online space – and most of the time, programme makers don’t want to. 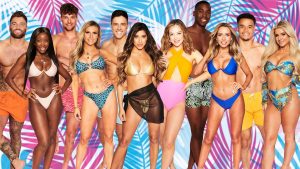 Still, most programmes try to retain a certain distance from these fan events, following their own established promotional plans, but enjoying the additional social clout as long as it’s positive. Coming back to Love Island again, the show has seen the tide turning online several times over the show’s history, most recently with viewers repeatedly tagging domestic abuse and women’s rights charities, such as Women’s Aid, following perceived in-show behavior that crosses the line. Ofcom received over 3,000 complaints about several scenes in this year’s show, and the show’s producers have commented they are working with organisations like Womens Aid to address the situation. Fandom can take as well as give, and for long running shows with huge audiences like Love Island, the social chatter can quickly turn on a dime.

At their worst, show fandoms can become toxic, bullying, and tribal. It can highlight a vocal minority rather than silent majorities of viewers. On the flipside, the power of fan communities for good is well known – especially when it comes to overcoming show cancellations or even fan-funding show returns. It’s rare to find a content property these days that doesn’t need to at least consider a social strategy and weigh up an approach to fan engagement as part of the marketing strategy.

The slate of shows coming up with this kind of inbuilt audience is a lengthy one – including Big Brother, Survivor, even Gladiators. All these shows need to prepare as much for potential backlash as they do to be beloved. The risk of being rated and slated for being ‘not a patch on the original’ is just as high as the rewards for success. The best advice for these shows is preparation: ongoing monitoring to spot when issues start to arise, and quickly vetting how much this could impact other’s engagement with the show. The programme’s the thing – fans can take that love (or dislike) off into their own hands. A timely risk assessment as to what may happen in the immediate, mid and long term for the IP will go a long way to informing plans on whether to lean in, or duck out.

Joe Moring has worked in social media and community management for over 12 years. He is currently is head of community and partnerships at UK-based creative agency SHARE Creative, where he leads all community management, reactive content, live social and creative influencer activations across teams and across accounts such as INEOS, INEOS Grenadier, Mercedes AMG and Napapijri