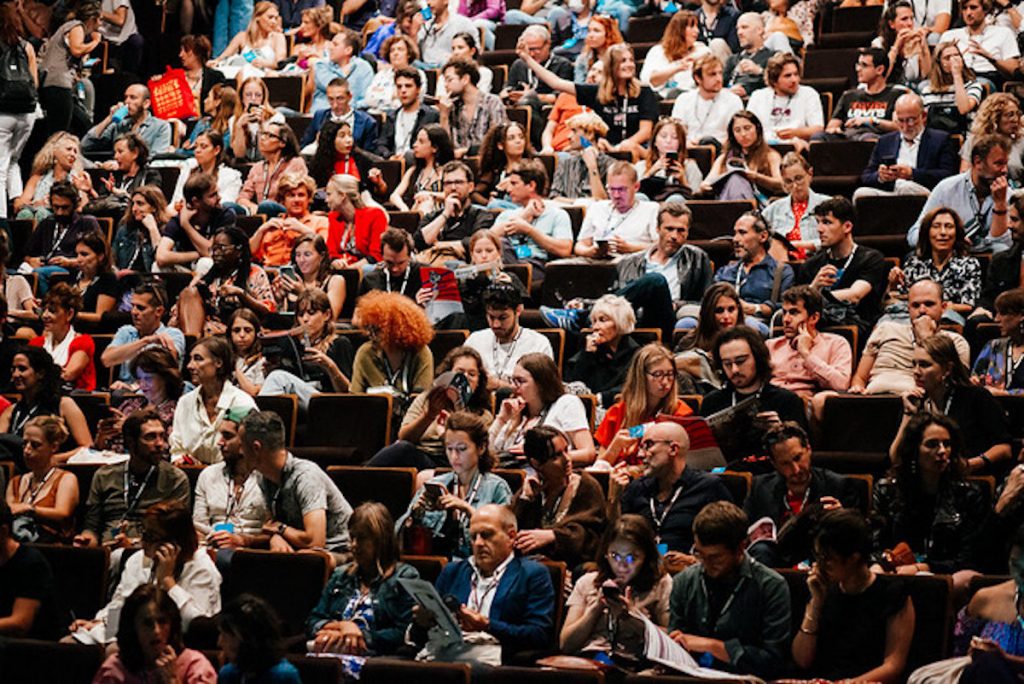 French drama is booming and the Festival de la Rochelle has clearly benefitted, with this year’s event reporting attendance up nearly 20% to 2,600 professionals, plus a general audience of 15,000.

Both traditional broadcasters and platforms premiered their most ambitious new French dramas in addition to their titles in competition. Trends were highlighted at the various panels and line-up presentations, while the town was invaded by actors promoting their shows.

Ambitious big budget costume dramas are back and they are celebrating women. Canal+showcased its upcoming €27m ($27m) budget Marie-Antoinette; TF1 had its new World War I mini-series Les Combattantes (aka Women at War), from the same team than of two-years ago hit Le Bazar De La Charité (Bonfire of Destiny); and France 2 screened the first episode of Diane De Poitier, which has French icon Isabelle Adjani on board, who was also in person in La Rochelle. 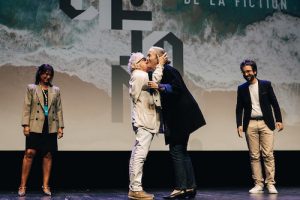 “We are living in wonderful times for French drama, great narratives are back,” said France Télévision programmes & programming director Stéphane Sitbon-Gomez at the pubcaster’s line-up presentation, where he highlighted the desire to diversify drama fare. After a series of biopics on bold women, including Brigitte Bardot, France Télévisions called for projects focusing on the world of tomorrow, as well as, new at the pubcaster, the interest in sitcoms. It also continues its effort in digital-first young adult drama and revealed it will initiate a streaming serialized series.

Broadcasters are looking to push the limit somewhat. Arte’s flagship drama was a dark edgy serial-killer miniseries, Les Papillons Noirs (Black Butterflies), which had one million digital viewers during the first few days ahead of its linear launch, while the channel also had in La Rochelle soft horror miniseries Esprit d’Hiver. Other examples of broadcasters getting more audacious include TF1 winning the award for best hour-long episode series with Lycée Toulouse Lautrec on the topic of disabled students, and OCS had the half-hour comedy series Septième Ciel, a love story between two old people. Meanwhile, the flagship M6 series, which is a rather new player in French drama, was La Maison d’en Face, adapted from Dutch drama Nieuwe Buren, a thriller where neighbours do couple swapping.

“We need to differentiate ourselves and are ready to take risks,” said M6’s VP of content, Thomas Valentin during the Grand Débat panel. “You will see that with Le Souffle Du Dragon,” he added. The TV movie on breast cancer made the room cry the following day. “We also produce through our subsidiary SND and have acquired (classic book and movies) Fantomas IP for both movies and series, which has got quite a lot of interest abroad,” he said. 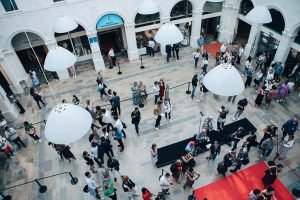 Platforms are also more and more often partners in traditional broadcasters’ most ambitious dramas. Among others, Netflix is in TF1’s Les Combattantes as well as in Arte’s Papillons Noirs and in the channel’s French hiphop origin miniseries Le Monde de Demain. “After Le Bazar de la Charité, we embarked a new partnership with Netflix,” said TF1’s chairman & CEO Gilles Pélisson. “Platform developments do not just mean one against another, it can also mean one together with another, for a higher quality drama.” Arte’s director of drama Olivier Wolting said his channel’s dramas were in negotiation with some streamers, adding: “Each case is specific and models are on the move, what is true today might not be tomorrow.” Arte, in any case, retains exclusive first-run in Germany and France.

Netflix director business and legal affairs, Damien Bernet confirmed Netflix will be investing €200m in French production, with 25 shows in the work, but added regret that, regarding independent quotas, the CNC grant mechanism is not yet fully available for producers working with platforms. Under new obligations, platforms need to dedicate two thirds of their French TV production obligations to independent work meaning they don’t own the IP and have limited rights.

As regulation is new, it is too early to comment independent quota impact, said producers union USPA. So far, CNC has put in place an experimental selective grant, one of first project granted having been (small budget) half-hour comedy Darknet-sur-Mer, which has Prime Video on board, and was awarded the students prize at La Rochelle.

International co-productions are more important than ever for French public broadcasters. Both Arte and France Télévisions highlighted them in their line-up presentations. Arte is continuing its tour of Europe, lately co-producing for the first time next door with Belgium’s RTBF, Des Gens Bien, another of this season’s flagship launches, it said, while this season other European co-pros also includeMarco Bellocchio’s Esterno Notte, with Rai. 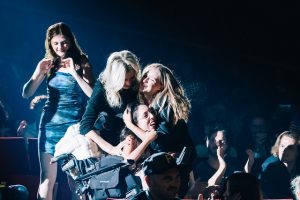 The channel has now worked with most European countries and will continue, Arte’s Wotling said. “It’s important and part of Arte’s key missions to tie this network of partnerships with European producers and broadcasters,” he added. “I’m just back from Scandinavian screenings, it’s very interesting, there’s a strong come back of cooperation between the region’s broadcasters for co-productions at a time streaming platforms are investing less in Nordic drama,” he said, quoting the halt of HBO Max from regional production and issues between Netflix and Viaplay in Denmark following new copyright rules.

Meanwhile, France Télévisions said it has eight International dramas coming this season, including The Alliance’s The Swarm featuring an impressive sea monster, which took two years to shoot. It also has seven new developments, including another Alliance show, miniseries Concordia, with ZDF, Beta and ZDF Studios.

All is (almost) well for French drama, self-congratulated the various players, after years of stagnation. Eventually, volume has taken off, up to nearly 1,300 hours last year, with budgets also solidly up. Exports are also on the rise. After a couple of lower years, drama sales were back up year-on-year, while international co-productions and pre-sales had a record year. Over 60 French dramas are also now internationally co-produced yearly (pre-sales not included), up from less than 50 the two former years, and under 40 the years before, according to CNC figures.

During the event, TF1’s Pélisson congratulated his channel’s mega hit series HPI, starring Audrey Fleurot (also in Les Combattantes and in Arte’s Esprit d’Hiver). It has already sold widely abroad and a remake is in the works with ABC in the US. “That’s a consecration,” he said. French drama developments also attracted investors in La Rochelle. The international distribution companies invited to one-to-one pitch sessions sent more delegates, while ZDF Studios organized a lunch to show its interest in stepping in French drama.

“French drama is in good shape, volume is growing, platforms will reach 250 to 300 hours, the goal of 1,500 hour mark is in reach,” said Les Combattantes producers and new Uspa president, Iris Bucher of Quad Drama. “We think, however, that the market will stabilise after that. It’s important to keep in mind that the traditional broadcasters will remain our main clients,” she said. 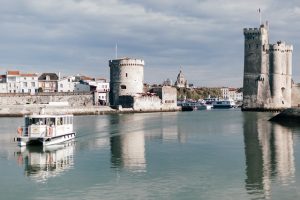 On the flip side, the growth is generating some inflationary tensions, producers reported. They also stressed the uncertainties around public broadcasters funding after licence fee was dropped this summer, with new funding mechanism of part of VAT meant to last only until 2023. One of the producers unions also stressed greater consolidation among production players. Debates also explored private broadcasters expressing their concerns over falling linear audiences, with TF1 currently being hurt by the fact it is not distributed on Canal+ DTH platform anymore following a dispute between the two players, which they have taken to court. Both TF1 and M6 were still defending the necessity of their merger, but, just a few hours later, it was cancelled.

There was also a fond farewell to France 3’s long running daily soap Plus Belle la Vie, making its adieu in front of a very moved audience after 18 years. France Télévisions has decided to drop the series produced by Newen (which is owned by rival broadcaster TF1), after the series had dropping ratings, although it is still slightly above the average share of the channel. Another sign of changing times.