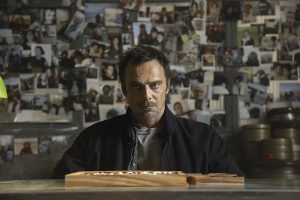 ITV Studios (ITVS) has struck a deal with Whip Media that will enable the distributor to track the performance of its content, in particular across its growing FAST channels operation.

The Love Island and I’m A Celebrity distributor will use Whip’s platform to provide analytics for its shows and data that will inform content acquisition and programming decisions.

The move follows ITVS’s shift into FAST earlier this year, which saw it launch two FAST channels in Europe, including one that the global distribution giant says will become the “home for the best European drama” produced by its own labels.

Paul Hastings, Whip Media’s SVP of global sales, said: “As content distribution continues to become increasingly stratified and difficult to manage, it’s imperative for entertainment companies to streamline how their data is analysed and processed. Whip Media’s platform will help ITV Studios accomplish that goal – allowing it to focus on what it does best, which is churning out great series for millions of viewers to enjoy.”

Graham Haigh, EVP of business development & digital distribution at ITVS, added: “The Performance Track tool and the data it will unlock is a key component of ITV Studios overall strategy to expand and grow our digital business across AVOD, FAST and other digital platforms and deepen our understanding of how our content engages with viewers across multiple platforms and territories.”