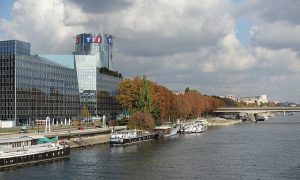 TF1 and M6 have offered to keep their advertising businesses separate for three years after their merger in an attempt to secure regulatory approval of the fusion, according to a report by French newspaper Le Figaro.

According to the paper, the offer is part of a wider set of remedies proposed by the parent companies of the two broadcasters, Bouygues and RTL Group, to the French competition watchdog, the Autorité de la Concurrence.

The pair’s competitors have until August 25 to submit comments. The regulator is expected to make a final decision in October following hearings in September.

According to the report, the pair will also offer to keep their radio advertising businesses separate, will limit the distribution of French films on the combined companies’ channels and will extend by one year their distribution agreements with service providers such as Canal+, Orange, Free and SFR.

The combined TF1-M6 will have about a 75% share of the French TV ad market.

TF1 said: “The nature and extent of the remedies required in the report would mean that the merger plans would no longer be meaningful for the parties involved and they would therefore abandon them.”

TF1 chief Gilles Pelisson previously said that any demand from the watchdog for M6 of TF1 to sell either of their flagship channels would be a deal breaker for both parties.

The Autorité de la Concurrence decided to open a ‘phase 2’ in-depth probe into the planned merger of TF1 and M6 in March.

The regulator said that it had decided there was a need for a more in-depth investigation following its initial probe into the views of the parties’ suppliers, competitors and customers in the markets for the acquisition of rights, the publishing and distribution of TV services and advertising.