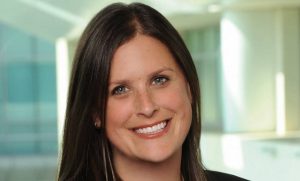 NBCUniversal (NBCU) streamer Peacock has ordered a coming-of-age thriller that claims to explore American’s dark history of mass hysteria through the shocking story of the teenage Satanic Panic.

Hysteria! is from executive producers and directors John Francis Daley and Jonathan Goldstein (Dungeons & Dragons), along with Chris Bender and Jake Weiner for US banner Good Fear.

The series will be produced by NBCU sibling UCP, with Matthew Scott Kane attached as writer and executive producer, alongside Daley and Goldstein.

The story explores how a struggling high school heavy metal band looked to capitalise on their local town’s sudden interest in the occult following the disappearance of a school sports star. However, a bizarre series of murders, kidnappings and reported ‘supernatural activity’ then trigger a witch hunt that leads directly back to them.

Lisa Katz, president of scripted content at NBCU Television and Streaming, said the show will “explore the complex world of the Satanic Panic, set amidst ’80s nostalgia, mystery, heavy metal, and an all-American setting.”

The show’s commissioning follows the latest season of Netflix hit Stranger Things, which tapped into the period via a Dungeons & Dragons playing group and their charismatic leader, Eddie Munson (Joseph Quinn), whose rendition of a Metallica song has helped propel the band to new audiences.