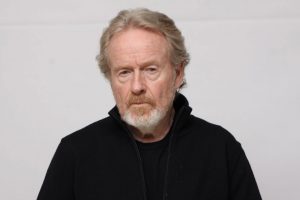 Apple TV+ is nearing an eight-episode series order for Sinking Spring, an adaptation of the Dennis Tayofa novel Dope Thief, from Peter Craig and Ridley Scott.

Bryan Tyree Henry (Atlanta) will star and exec produce the series which follows long-time Philly friends and delinquents who pose as DEA agents to rob an unknown house in the countryside, only to have their small-time grift become a life-and-death enterprise, as they unwittingly reveal and unravel the biggest hidden narcotics corridor on the Eastern seaboard.

Apple Studios will produce, while Scott will direct and exec produce via Scott Free Productions, which is currently under a first-look deal at Apple, along with David W. Zucker, Jordan Sheehan and Clayton Krueger.

Sinking Spring marks the first venture into TV development for Peter Craig the scribe behind feature films The Batman and Top Gun: Maverick, who serves as writer and executive producer across all eight episodes, and will direct one episode.

In related news, Apple has inked an agreement with Futuro Studios to increase its spending on original podcasts and create content that could potentially be turned into shows on Apple TV+.

The deal with Futuro Studios, the creator of series Suave, will reportedly fund development and production of podcasts, while Apple will take first look at turning any podcast into TV or film projects.