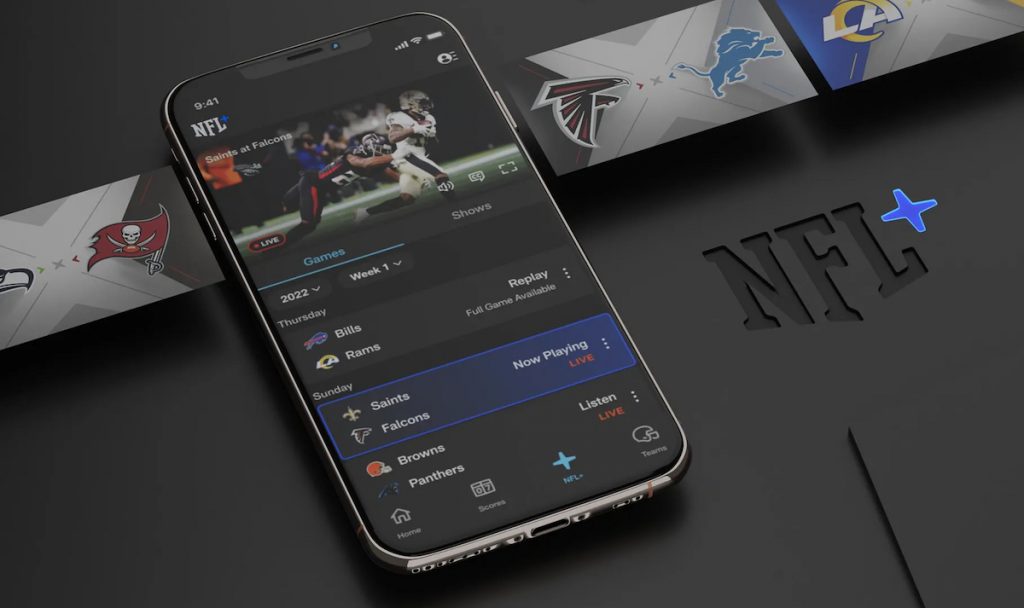 After months of speculation, the National Football League has officially launched its streaming service NFL+ ahead of the upcoming 2022/23 season.

The streamer, which is only available on mobile at launch, will provide subscribers with access to live out-of-market preseason games, live local and primetime regular season and postseason games. It will also house live local and national audio for every game, NFL Network shows on-demand, NFL Films archives and other content.

NFL+ is available within the NFL App in two different tiers at US$4.99/9.99 per month or US$39.99/79.99 per year. The premium tier includes all features of NFL+, along with full and condensed game replays and the All-22 Coaches Film.

The new service will replace the NFL Game Pass, which offered some of the same features but was also available on smart TVs as opposed to just mobile. Football fans wanting to watch all out-of-market matches on their TVs need an additional NFL Sunday Ticket – with Disney, Apple and Amazon all bidding for these still yet-to-be-awarded rights.

NFL Commissioner Roger Goodell, said: “Today marks an important day in the history of the National Football League with the launch of NFL+. The passionate and dedicated football fans are the lifeblood of the NFL, and being able to reach and interact with them across multiple platforms is incredibly important to us.

“We look forward to continuing to grow NFL+ and deepening our relationship with fans across all ages and demographics, providing them access to a tremendous amount of NFL content, including the most valuable content in the media industry: live NFL games.”