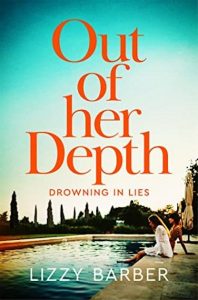 Golden Gate, which is under a first-look deal with SPT, will work on the show with writer Matilda Curtis, who is currently in development with All3Media’s Two Brothers Pictures on Dinosaur. She is also working on a drama series for Carnival, and Sunshine Girl, a comedy film in development with Stigma Films.

Scrase is attached to executive produce Out Of Her Depth alongside Barber, while Brendan Fitzgerald, SVP of international co-productions for SPT International Production, will oversee the project for the studio.

The deal was brokered by Emily Hayward-Whitlock at The Artists Partnership. Pan Macmillan acquired publishing rights via Luigi Bonomi at Luigi Bonomi Associates in a two-book deal.

The thriller is set in the heat of a Tuscan summer and follows a headstrong woman who finds her allegiances tested amongst a cosmopolitan crowd of friends for whom money is no object.