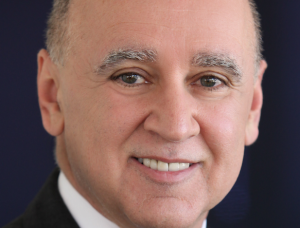 He will report into the studio’s president Aron Levitz and oversee development, production and sales for the company’s growing global TV, feature film, and animation businesses.

Madden was most recently president of TV for Berlanti Productions, where he oversaw all programme development and production for Greg Berlanti’s television projects. Before that, he was president of programming for AMC’s entertainment networks and led Fox Television Studios.

He has been behind shows ranging from The Americans and The Shield for FX, to AMC’s Better Call Saul, The Flight Attendant for HBO Max and You for Netflix.

Wattpad Webtoon Studios is the publishing arm of comics platform Webtoon and social reading service Wattpad. It was created in 2021 when the entertainment and publishing divisions from Webtoon and Wattpad were merged, following the $600m acquisition of Wattpad by South Korean internet giant Naver.

It has 100 shows in the works and has struck pacts with companies ranging from Fremantle and Constantin Film to ViacomCBS International Studios.

Levitz’s said Madden had “instantly understood our vision to transform entertainment by listening to fans”, adding that “his experience and expertise are second to none.”

Madden continued: “When you’re seeking the most exciting collaborators in the industry, you want the ability to bring them exciting material, and this company offers a virtual gold mine of great stories.