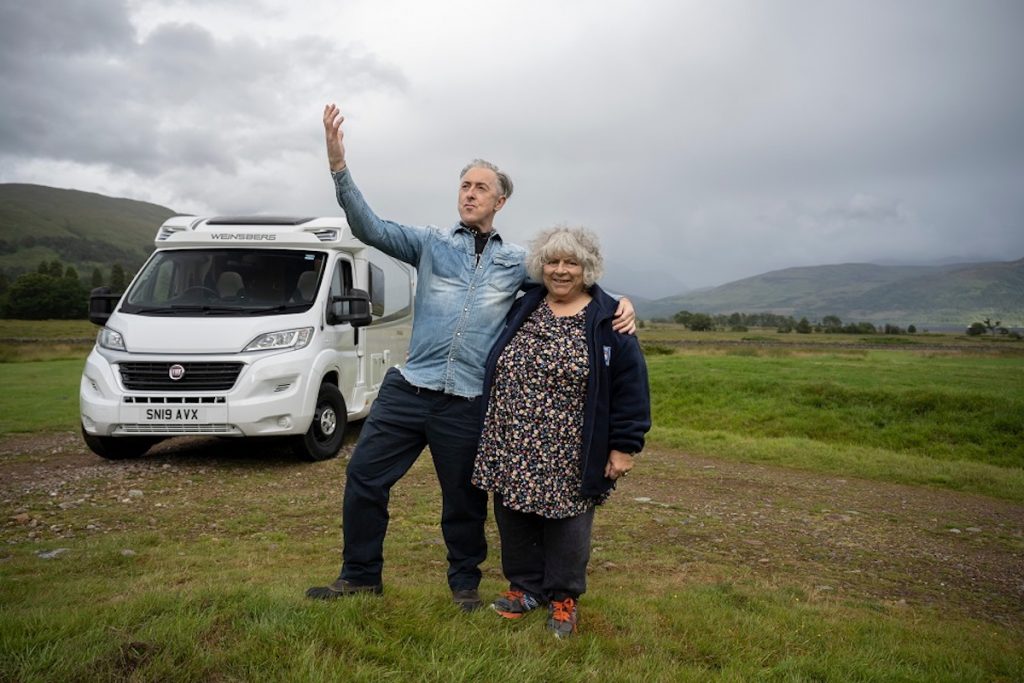 Miriam And Alan: Lost In Scotland

Broadcasters in the US, Europe, the Middle East, Asia and Australasia have acquired a range of talent-led factual titles, following deals with Passion Distribution.

ABC in Australia, Gusto/Living Discovery in New Zealand, Apt in the US, URTV in Sweden and ERT in Greece have all picked up the 3 x 60-minute series Miriam And Alan: Lost In Scotland.

The series is produced by Blink Films for Channel 4 and a second season has been announced which will follow the pair as they journey across the pond to their other mutual home, the American West Coast.

Meanwhile, SBS in Australia, Nelonen in Finland, NRK in Norway, Ananey in Israel and BBC Persia have acquired the 1 x 60-minute Myleene Klass: Miscarriage. Produced by Hall of Mirrors for W in the UK, this personal and revealing documentary sees TV star Klass seek to break the taboo that surrounds miscarriage to help other women.

Immersive 1 x 60-minute documentary Stacey Dooley: Inside The Convent has been picked up by SBS in Australia, TV4 in Sweden, MTV3 in Finland and NHK in Japan. Produced by Firecracker Films in association with Little Dooley for BBC One, the documentary follows Dooley as she experiences what it’s like to live as a nun, spending 10 days living alongside the Order of the Holy Paraclete Anglican religious community.

Also from Firecracker for W, Stacey Dooley Sleeps Over season three (4 x 60-minutes) has been picked up by SBS in Australia, Bravo in New Zealand, and NRK and TV2 in Norway.

Travel-history documentary series Walking Hadrian’s Wall With Robson Green (3 x 60-minutes has been licensed by SBS in Australia, Top TV in New Zealand, Apt in the US, UR in Sweden and Ananey in Israel. Also produced by Firecracker, the series follows actor and presenter Robson Green as he travels the length of one of the largest and most impressive remnants of the Roman Empire.