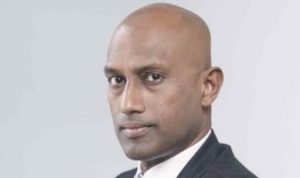 Locomotive Global Media (LGM), the Indian firm behind Netflix’s adaptation of Ray Donovan, has added a former Disney+ Hotstar exec to its senior ranks and appointed a new head of production to help expand operations.

Anup Thanvi joins the Sunder Aaron-led company as coordinating producer, while Pearl Gill has been named head of production.

Thanvi will be responsible for developing the creative visions for upcoming projects by scouting for new ideas and creative talent, analysing and developing scripts into series and films, and creating pitch material for projects.

He is also tasked with “cultivating creative relationships” with players across the media and entertainment industry.

Thanvi previously worked at Mumbai-based firm The Story Ink and before that had spells as a producer for streamers and broadcasters including Channel V, Disney+ Hotstar and AltBalaji.

Gill, meanwhile, will be responsible for building out the company’s production expertise, which will culminate in launching the company’s line production services offerings for outside producers.

She will oversee all aspects of production for LGM projects, from development to project delivery, with an aim to build the company into a leading production partner in the industry.

She has been in the industry for more than decade, previously working as an executive producer, line producer, and production executive for films and series including Shakuntala Devi, Kaun Banegi Shekharwati, and Bajrangi Bhaijaan.

Aaron, co-founder & principal of Locomotive Global, said the hires were “a strategic step towards preparing LGM for its next phase of growth.”