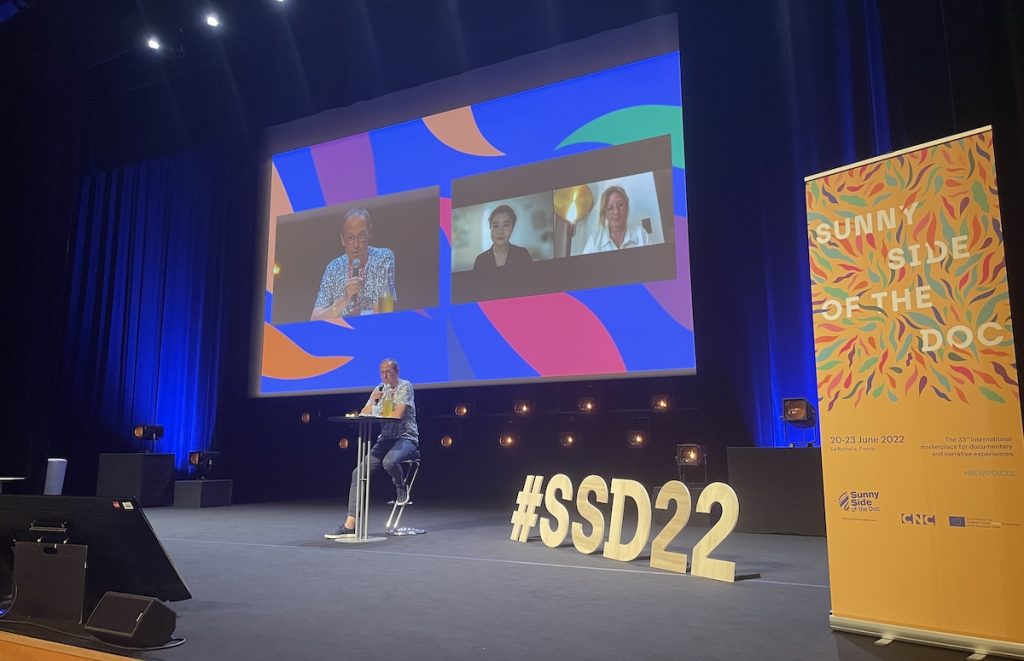 Chinese SVOD giant Bilibili and environmental-focused streamer WaterBear have shared their content demands, budgets and rights models in an informative panel at Sunny Side of the Doc this week.

Taking part in a panel discussion at the market, the two streaming services shared their differing models, with both diving deep into co-production opportunities.

Wei Su, commissioning editor for international documentary co-productions at Bilibili, told the audience in La Rochelle that her department at the Shanghai-based service is looking for “science or sci-fi projects, also true crime and arts,” especially those with “a little bit of a Chinese touch”.

As an example, she highlighted Billibili’s recent co-production with BBC Studios on science title Rendezvous With The Future. “We worked with the BBC and I think this also BBC’s first fully commissioned project in China. The main character is Liu Cixin, who is a world-wide known Chinese sci-fi writer who has a really huge fanbase in China and overseas – and also we’re developing an anime series based on his famous work The Three Body Problem series.”

Wei said that Bilibili was keen to develop more co-productions with western companies and explained that as far as financing goes “We don’t really have a limitation on budget, as long as it is right for our audience and is the right content we are looking for.”

Delving into rights and financing, Wei said: “We have three major collaboration models; the first is pre-buy with credits,” which would see Bilbili taking rights to the project in China. “The second model is two-party or multi-party co-production,” such as it has previously forged with Discovery and current partner Australian prodco Broken Yellow. “Besides the rights in China we tend to deliver some editorial inputs to the projects and also will help in seeking potential commercial opportunities,” said Wei, adding: “The third model is fully commissioned,” – such as with Rendezvous With The Future.

Joining Wei on the panel was Poppy Mason-Watts, VP of marketing communications for Off The Fence & WaterBear. She highlighted that the streamer, which rolled out at the end of 2020, was focused on high-impact factual content that helped to drive real change around environmental issues.

Mason-Watts said that budgetary contributions can vary, depending on the project and its potential impact: “At WaterBear, we find that the sweet spot for our content is 7-10 minutes or 15-20 minutes and we have production budgets from £7-10k, £10-20k, but if we’re looking at a huge branded piece of content, then £50-100k and beyond.”

She further revealed that the streamer can fully fund projects from indie producers “if it’s the right story to what WaterBear is looking for at the time,” and that for co-productions, it can contribute between 20% to 50% of the budget, dependent on “the story, the angle and what we’re trying to create with it.”

Mason-Watts added that WaterBear is usually looking for exclusive rights, but can be flexible as “we’re also aware that there are a number of different platforms out there and many film producers want to distribute in as many pathways as possible.”

She noted that exclusive rights would not be in perpetuity and, giving an example, shared: “We have a major film coming to the platform that has not gone to the other platforms because the director would rather focus on that impact goal than being a small film on a bigger platform.

“We have a four-week exclusivity period for that particular film, where we really focus in on that impact campaign and then the film will be distributed across a number of other major platforms.”

Tags: Bilibili, Sunny Side of the Doc, WaterBear