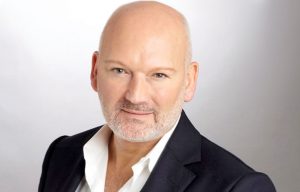 Paramount+ has commissioned a slate of new UK original factual productions ahead of its launch in the UK and Ireland tomorrow.

The news follows the streamer’s pledge to order 150 international originals by 2025, and its unveiling of a multi-genre slate of seven new originals yesterday.

These latest new factual titles include Hot Yachts, a 6 x 60-minute series from Curve Media, set in South Florida at the centre of the luxury yacht world. The series enters the glamorous world of an elite group of super-competitive, party-loving, yacht brokers as they ruthlessly compete to sell everything from $1m motor launches to $100m super yachts to an array of wealthy buyers.

Two Rivers Media & All3Media are behind Monster: The Mystery Of Loch Ness, a 3 x 60-minute series that tells the complete and definitive story of the fabled creature in a detailed forensic examination of the evidence, and with first-hand accounts from those who claim to have seen, encountered and hunted the beast.

Simple Minds: Once Upon A Time (working title) is a 1 x 75-minute project from Lonesome Pine Productions, which presents the untold story of one of Scotland’s biggest musical exports.

For the first time ever, Jim Kerr and Charlie Burchill tell their own story: the highs and lows of a 40-year career and a 50-year friendship. How did two young kids from Glasgow deal with global adoration, success, and riches, and how does any creative relationship survive that pressure?

Strip is a 6 x 60-minute series from Firecracker Scotland that explores the glamorous, aspirational world of strippers working the iconic Vegas Strip. For these women, stripping isn’t just a way to make ends meet, it’s a profession, an art form and a cornerstone of the economy.

The Premiership: Rise Of The Billionaires (working title) is a 4 x 60-minute series from Story Films, Studio 99 and All3Media International, described as “the English Premier League’s coming of age story, told by its stars.”

As the Premier League entered its second decade (2000-2010), international billionaires set out to make their mark on the footballing landscape with open cheque books, transforming the game forever. With gripping drama both on and off the pitch, this is the era that English football truly found its place on the world stage.

Ben Frow, CCO, UK, Paramount, commented: “Our mission is to make Paramount+ the leading destination for unmissable television in collaboration with the UK’s storytelling talent.

“These new commissions will join an abundance of original content on the service, as well as the pick of Paramount’s vast catalogue to create a compelling offering for viewers in the UK and Ireland.”