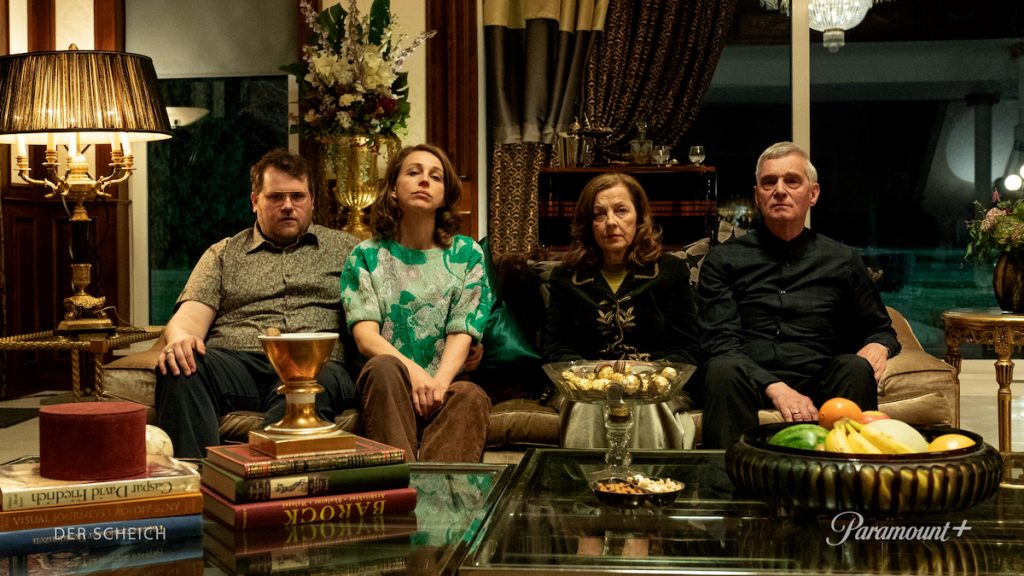 Paramount+ is aiming to have commissioned 150 international originals by 2025, with a slate of seven shows unveiled today ahead of the streamer’s launch across the UK and Europe later this year.

The streamer said all its originals would be produced in partnership with VIS, Paramount’s international studio, with the seven-strong slate including a Mexican drama about the wife of drug lord El Chapo, a show a bout a con-artist sheikh, and a four-part docuseries exploring the murder of Italian fugitive banker Roberto Calvi, whose body was found hanging off a London bridge.

Marco Nobili, EVP & international GM of Paramount+, said the commissioning plans would “open up a world of opportunities for talent and creators… while delivering incredible value to subscribers.” 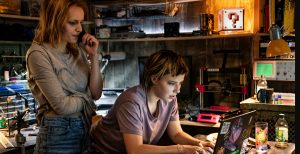 Paramount+ is set to launch in the UK and Ireland on 22 June, followed by Italy in September, and then Germany, Switzerland, Austria (GSA) and France in December.

Murder Of God’s Banker explores banker Calvi’s death and the collapse of a major Italian bank whose largest shareholder was the Vatican. Produced by CreativeChaos in association with VIA, the show then “blows the lid off” the secretive world of the Vatican’s financial system and a world populated by priests, mobsters and neo-fascists.

MASK: Marie Antoinette Serial Killer is in advanced development with France’s Cottonwood Media and is an eight-hour young adult fantasy horror thriller, created and developed by executive producers Beth Tapper and Mitch Watson, and based on the eponymous novel about four young American girls on spring break in Paris.

Other shows include Weydemann Bros’s German hacking drama A Thin Line and The Sheikh (Der Scheich), which is also from Germany and tells the true story of a one-of-a-kind con artist who reinvents himself as the heir of an Arabic fortune. The tragicomic series is produced by X Filme Creative Pool and VIS.

Circeo is set in the 1970s and tells the story of the aftermath of the crime that came to be known as ‘The Circeo Massacre’, in which two teenage girls were found in the trunk of a car in Rome, naked, wrapped in blankets and drenched in blood. It is being produced by ITV Studios-owned Cattleya in partnership with VIS for Paramount+ and Rai in Italy, the series will also debut on Paramount+ in France and GSA. 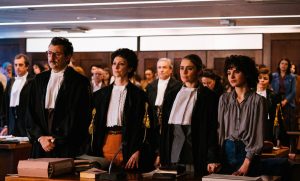 Two Mexican dramas are also in the works: Sinaloa’s First Lady, which is in development from VIS and Braven Films, will chronicle the volatile life of El Chapo’s infamous beauty queen bride, Emma Coronel; and, One Must Die, a suspense thriller movie that centers around seven people who are kidnapped and suddenly find themselves part of a deadly game. 11:11 Films is attached.

The shows join a raft of other original already in the works, including Sexy Beast (UK), A Gentleman in Moscow (UK), The Chemistry of Death (Germany), Los Enviados (The Envoys) (Mexico), Cecilia (Mexico), Bosé (Spain), Fallaci (Italy), At Midnight (Mexico), The Signal (France) and Impact (France).

Most of the shows unveiled today have been secured for exclusive debut on Paramount+ internationally, aside from Circeo, which has Rai attached.

News of the slate and the 150-show commissioning target comes less than a week since it emerged that Paramount’s president & CEO of its international networks, studios and streaming – Raffaele Annecchino – had been put on leave “effective immediately”.

Annecchino had been overseeing the roll-out of Paramount+ in recent months, with a remit that extended across all of the company’s interests outside of the US, ranging from Channel 5 in the UK to AVOD streamer Pluto TV.

His responsibilities are being taken up on an interim basis by Paramount’s regional chiefs: JC Acosta, president of international studios, streaming & networks for Southern Europe, Latin America, Middle East and Africa; Maria Kyriacou, president of Australia, Canada, Israel and UK; and Mark Specht, executive VP and MD for Central and Northern Europe and Asia.

Until what appears to be an abrupt exit, Annecchino had been a close ally of Paramount CEO Bob Bakish. There has been no reason yet given for his departure.