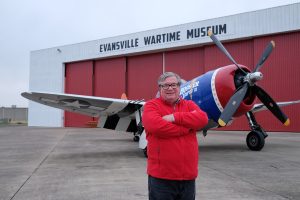 The show, which was previously produced in-house by Smithsonian Channel, will now be made by Collective, beginning with its upcoming tenth season. Air Warriors takes the audience behind the scenes to reveal the origin stories of the UK and US military’s most iconic aircraft and the new 8 x 60-minute run returns with a new slate of six military aircraft – two British planes along with four from the US.

The new season of Air Warriors will premiere on 9 May, with Collective co-CEO’s Claire McArdle and Rebecca Knight exec producing, alongside Bob Strange. Andrew Barron will series produce, while Passion Distribution will handle global sales.

“We are very proud to be making this iconic series for Smithsonian Channel.  The Channel’s global reach means it is an ideal partner for Collective, and a perfect fit when it comes to our ambition of growing our high-quality, premium factual slate,” said Knight. 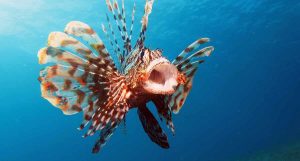 The 1 x 60-minute film from US-based Orange Frame, directed and written by Jeff Boedeker, will debut on PBS on 12 October under the title Lionfish Invasion. Orange Frame is producing both a hosted and non-hosted version for the international market.

The series explores how the invasive lionfish, which was unintentionally introduced by humans along the Atlantic Coast and in the Mediterranean, is a tragic example of how sometimes newly introduced species balloon out of control, dramatically altering and sometimes destroying their new environments.

“Invasive species like the lionfish are harmful not because of what they are, but instead because of where they happen to be. This story is an opportunity to explore how ecosystems are the result of a millennia of coevolution by life adapting to its environment and each other, and what happens when that process gets short-circuited,” said Boedecker.