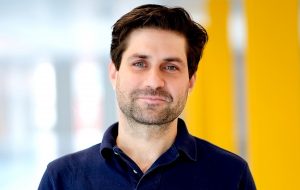 Paramount UK has hired Federico Ruiz to work across its original output.

The remit for Ruiz stretches across both Paramount+, which is set to launch in the UK on 22 June, and fellow Paramount-owned UK network Channel 5.

His arrival follows the imminent exit of commissioning editor Emma Westcott, while Paramount added Paul Testar and Kate Ansell to its ranks earlier this year.

Ruiz had been with Firecracker for almost a decade, leading its factual entertainment output and overseeing development and production. He has also delivered numerous shows to C5, ranging from Dale Farm: The Great Gypsy Eviction and Bad Teen To Ballroom Queen.

Frow said: “With Channel 5 continuing to show growth and Paramount+ launching next month, Fed brings a wealth of talent and factual experience and will be a great asset to our expanding team.”