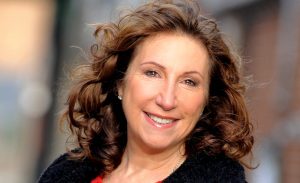 The creator of ITV show Fat Friends was also behind The Syndicate, Playing The Field, Girlfriends and Band Of Gold among numerous others.

A statement from Rollem Productions, her production firm, confirmed Mellor had died on Sunday.

“It is with profound sadness that we announce the untimely and sudden passing of our beloved friend, mentor and colleague Kay Mellor on Sunday 15 May 2022.

“We have lost a phenomenal talent and a true luminary. We ask that you please respect the privacy of the family and friends at this time.”

Mellor helped to launch the career of Gavin & Stacey stars James Corden and Ruth Jones with Fat Friends, which debuted in 2000 and ran for five years. She started her career on UK soap Coronation Street and created hit kids drama Children’s Ward.

Charlotte Moore, the BBC’s chief content officer, described Mellor as “an outstanding writer and the creative force behind many of the nation’s best-loved television dramas.”