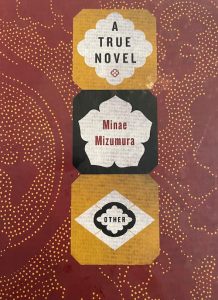 Matt Brodlie and Jonathan Kier’s Upgrade Productions has partnered with Japanese outfit Shochiku to produce an adaptation of Minae Mizumura’s A True Novel.

The eight-part Japanese-language series is being written by Riko Sakaguchi (The Tale of the Princess Kaguya) and is based on the 2003 novel, which itself was inspired by Emily Bronte’s Wuthering Heights.

The story is set in the decades after World War II in Japan and the US, exploring a love story spread over three generations as told by different characters.

Shuhei Akita is producing for Shochiku, which is behind the world’s longest-running feature film series, Tora-san, while Brodlie and Kier are attached for Upgrade. The prodco was launched last year and is backed by Germany’s Constantin Film.

Brodlie and Kier described the show as “an epic story which is appealing to global audiences”. It joins fellow Japanese series Twenty Faces, as well as Spanish fantasy horror La Jaula and Australian comedy Sausages on Upgrade’s development slate.