NBCUniversal SVOD Peacock has acquired ITV thriller Trigger Point for its US premiere on 8 July, amid a slew of international deals for the Jed Mercurio show.

The series has also been sold to Canadian pubcaster CBC for its main channel and HBO Latin America has taken the series in a pan-territory acquisition, following agreements with All3Media International.

The distributor has further placed the show with Pumpkin Film in China, Wowow in Japan, DBS provider OSN in the Middle East and TVNZ in New Zealand. In a pan territory deal covering Asia, BBC Studios has taken the six-part thriller for BBC First, BBC’s premium SVOD service.

Produced by HTM Television, which is co-owned by Jed Mercurio and Hat Trick Productions, for ITV in the UK, the series follows frontline officers who must risk their lives during a terrorist campaign in the heart of London. Vicky McClure and Adrian Lester star, while a second season has already been commissioned.

Maartje Horchner, EVP content at All3Media International, commented; Trigger Point was always going to be in strong demand globally, so we’re excited to kick off our international roll-out with this first set of sales, alongside the commission of a second series.” 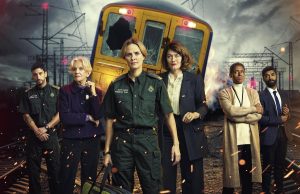 Paramount+ has acquired Channel 5 drama Compulsion to debut exclusively as an original scripted series in Australia, Lat Am and the Nordics, following a deal with international distributor Eccho Rights.

Produced by LA Productions, Compulsion follows Jenny, a woman on the verge of losing everything, who meets a stranger who seems to have the answers to her problems. But just how far is Jenny prepared to go to save her family?

“Complusion is a gripping thriller, but with a human story at its core, and though Jenny finds herself in an extraordinary situation, international audiences will easily relate to her predicament of just wanting the best for her family,” said Lucy Roberts, director of sales, Western Europe, at Eccho Rights. 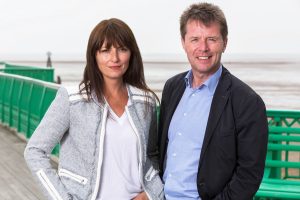 Julian Curtis, founder of Lineup Industries, said: “This format is one of the longest running on the market and continues to go from strength to strength, consistently winning and retaining audiences. We’re seeing significant demand for tape alongside local remakes, which is testament to how it remains one of the best performing factual entertainment shows in the market.”