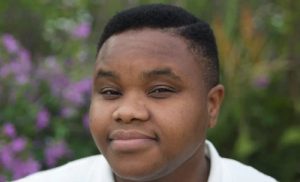 The deal is the fifth investment for Ringside and sees Wildgaze’s head of development Tom Hawkins joining the prodco.

The investment division of Ringside Studios has taken a minority stake in Joi, which focuses on Black, queer and female-led stories.

Gharoro-Akpojotor, who is working on BBC drama Champion, said: “This is a great opportunity for Joi Productions to expand and focus on the type of content and talent that we’re currently missing in mainstream media, and to do it with partners who believe in us makes the journey even more exciting.”

Hawkins added: “Joy has proven herself to be an exciting and dynamic producer. And it’s great to be joining the company at such a pivotal moment. We share an ambition to bring subversive, often marginalized, stories to the screen with a playful wit and sense of humour.”

Ringside Media was founded alongside Ringside Studios in 2020 by UK producer and former commissioner Gub Neal.

TF1-backed Newen has invested in English-language scripted outfits via the divisions, with previous acquisitions including Fictionhouse, Slate Entertainment, Further South Productions and B Side Film & TV.