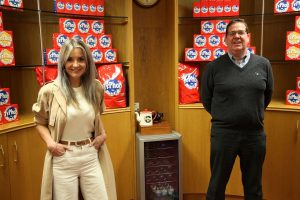 Nine Network in Australia, TV2 in Denmark and RTL in the Netherlands have inked pre-sale deals with UK distributor and production funding broker Silverlining Rights for HLP Studios’ upcoming Channel 4 series Inside The Superbrands.

The 8 x 60-minute series goes behind the doors of some of the world’s oldest and most iconic brands including Kellogg’s, Heinz, Walkers and Guinness to explore the history behind these retail giants and the emotional bonds they have formed with consumers.

The series includes interviews with celebrity advocates such as Ed Sheeran and Gary Lineker, historians, experts and retail industry figures, interwoven with archive footage, to reveal the closely guarded product secrets, brilliant advertising masterminds and retail gurus behind their success.

Bethan Corney, founder and MD at Silverlining Right, said: “HLP Studios has secured remarkable access to some leading international brands which gives this series lots of global appeal. We’re delighted to have been able to work with them to secure the funding needed to get the series into production through these pre-sales and we’re looking forward to further sales of both the series and the format as we roll it out this spring.” 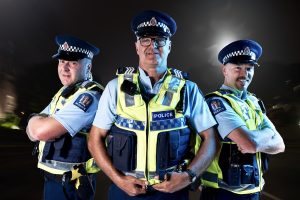 Bell Media in Canada has picked up season 12 of Border Patrol (10 x 30-minutes), with the show also heading to Dutch media group Talpa, which has acquired seasons 10 and 12. 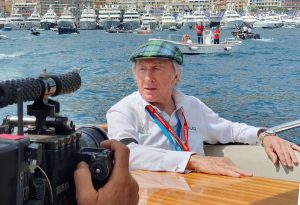 The feature-length documentary was written and directed by Patrick Mark (Fabergé: A Life of Its Own), produced by Sarah Bayntun and Gareth Dodds (Spitfire, Armstrong) and executive produced by Jackie’s son, Mark Stewart (The Last Man on The Moon, Gazza) for MSP. Also executive producing are Bill Pohlad (American Utopia, 12 Years A Slave) and Jean-Marc Huët.

Using restored and previously unseen archive footage, Stewart charts the rush of excitement that heralded Jackie’s first F1 World Championship title in 1969. From his humble beginnings outside Glasgow, through the darker years of the early 1970s when, despite opposition from those who believed that F1 should be ‘gladiatorial’, Stewart set out to improve racing safety.

Noah Media Group will commence sales on Stewart in the coming weeks, with an anticipated international release in the summer of 2022. Noah’s head of sales, Catherine Quantschnigg, commented: “I am looking forward to presenting this exciting project to buyers around the world. This is a truly special film about one of the greatest sporting legends of all times.”