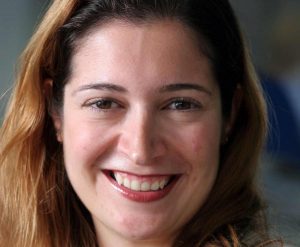 Kennedy will oversee content distribution strategies for Quebecor and its subsidiaries in Canada and worldwide, with the appointment coming just a day after it emerged Jean Bureau, president and CEO of Incendo, would be stepping down.

Her role, VP of distribution of Incendo and Quebecor Content, will see her lead a team that includes Incendo duo Gavin Reardon, head of international sales & co-productions, and Brook Peters, SVP of Canadian sales & production operations.

Sylvie Langlois, director of acquisitions for entertainment formats and international development at Quebecor Content, and Carole Labrie, director of TVA Films and TVA Distribution, will also report into Kennedy.\

“Cynthia’s arrival and the creation of the new distribution unit will allow us to combine our strengths and accelerate our growth,” said Yann Paquet, VP of strategy & international affairs at Quebecor Content.

“Her extensive international experience, knowledge of the Quebec market, leadership and team spirit, combined with the expertise of the existing teams at Incendo, Quebecor Content and TVA, make Cynthia a valuable asset for our organization.”

Kennedy is a native Montrealer and has worked at A+E Networks, Channel 4 International and Keshet International, as well as BBCS and Talpa Global.